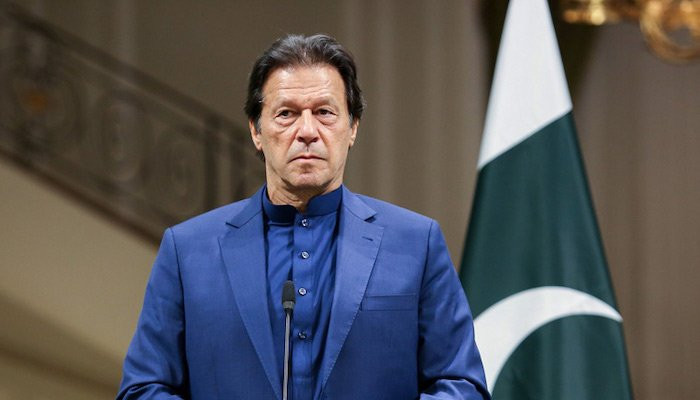 ISLAMABAD: Prime Minister Imran Khan has convened a meeting of the National Security Committee (NSC) tomorrow (Friday) to consider the current situation in the country due to protests led by the banned Tehreek-e-Libek Pakistan (TLP).

This was announced by Federal Minister for Information and Broadcasting Fawad Chaudhry on Twitter.

Fawad wrote that in view of the situation arising out of the illegal activities of the banned organization, Prime Minister Imran Khan has convened a meeting of the National Security Committee tomorrow, the meeting will also consider other issues related to national security. Twitter

Meanwhile, the protest led by members of the banned group entered its seventh day today (Thursday). The protesters had been camping in Kamoke since last night.

Initially, the banned group staged sit-ins in Multan and Lahore, after which it announced a march towards Islamabad.

Strict security arrangements have been made in Rawalpindi. Major highways connecting Islamabad and Rawalpindi have been sealed and Faizabad metro service has been suspended. There are reports of severe traffic jams on alternative routes and citizens are facing severe difficulties as it has become difficult to get to hospitals.

Activists of the banned outfit marching towards Islamabad have set up camp on the Kamoke section of the GT Road as they prepare to advance in their march. Businesses are closed on the city and GT Road, and shops and restaurants are closed on the highway.

Public and private educational institutions on GT Road and adjoining areas are also closed and internet service is suspended in Kamoke.

Five policemen were killed in the clashes.

The day before, the Pakistani government had announced its decision to declare the banned TLP a militant organization, with Interior Minister Sheikh Rashid saying the government had failed to maintain law and order in the province for two months. He had called Punjab Rangers. .

Addressing a press conference in Islamabad, the Home Minister had said that the government wanted to establish peace as there was a lot of international pressure on Pakistan.

“We have decided to call Rangers for 60 days to maintain law and order in the province,” Rashid said. “Like Karachi, the Rangers have been called to Punjab under Section 4 (2) of the Anti-Terrorism Act 1997, which has been read in conjunction with Article 147 of the Constitution of Pakistan.”

Since the beginning of the TLP protests, five policemen have lost their lives in the violence and countless police vehicles have been set on fire by the protesters.

“TLP is getting external support”

Meanwhile, Federal Minister for Planning and Development Asad Umar, while appearing in a Geo News program with Shahzeb Khanzada today, said that the state had tried for a long time to persuade the banned TLP through talks but the group did not. Resorted to violence.

He said there was evidence that the TLP had external support. The decisions taken by the government have been made in consultation with the army.

The government is in talks with Saad Rizvi and other TLP leaders.

Meanwhile, the Interior Ministry is in talks with the banned organization, including its leader Saad Rizvi, who is currently in custody.

A spokesman for the banned group said Allama Ghulam Abbas Faizi and Mufti Umair al-Azhari were also part of the delegation negotiating with the government.

The spokesman added that the banned organization stood by its demands which it would present to the government during the talks.

“From day one, our only demand is the removal of the French ambassador,” the spokesman said.