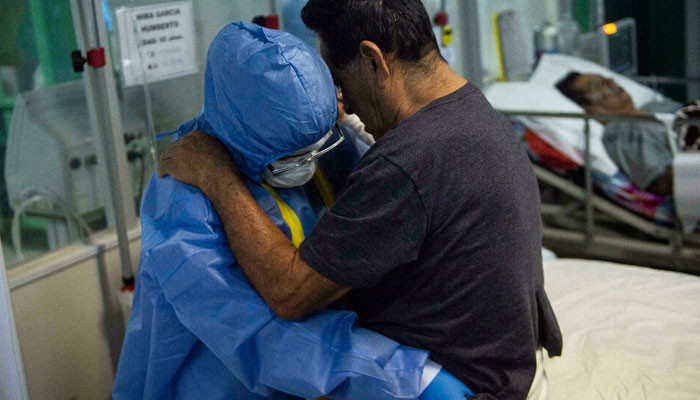 PARIS: Treating high-risk Covid 19 patients with the antidepressant fluoxetine can reduce their risk of long-term hospitalization by up to a third, according to a large-scale study conducted on Thursday. Has appeared.

The authors said the research could help promote low-cost protection against serious illness or death in countries that have not yet received adequate doses of the vaccine during a completely uneven rollout.

Fluvoxamine is traditionally used to treat mental health conditions such as depression and obsessive compulsive disorder and was selected for testing due to its inflammatory properties.

Many of the problems caused by cod are caused by inflammation because the immune system is more responsive to infection.

Writing in the journal The Lancet Public Health, researchers from North and South America reported the results of about 1,500 Covid-19 patients in Brazil.

The authors said that fluoxamine administration resulted in a relative reduction of 32% in hospital admissions.

“Covid-19 is still a threat to people in countries with limited resources and limited access to vaccinations,” said Edward Mills of McMaster University, co-principal investigator at the trial.

Although reducing mortality was not the focus of the study, the study also found that 12 patients in the placebo group died, while only one in the fluoxetine group contracted the virus.

The authors emphasize that further diagnosis is needed because fluoxetine is not on the World Health Organization’s list of essential drugs and can be addictive.

“Given the safety, tolerance, ease of use, low cost, and widespread availability of fluoxetine, these findings could have a significant impact on national and international guidelines for clinical management of COD-19,” said Gulmar Race. Said Belo Horizonte, Brazil.