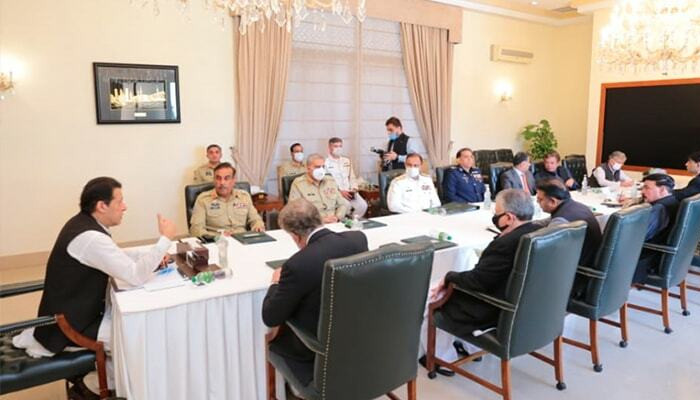 ISLAMABAD: The National Security Committee (NSC) met to review the law and order situation in the country, focusing on the protests of a banned organization.

The meeting, chaired by Prime Minister Imran Khan, was attended by senior civil and military leaders, including all service chiefs.

The Prime Minister had convened a meeting of the NSC to review the situation and deal with the protests initiated by the banned Tehreek-e-Libek Pakistan (TLP).

The Federal Minister said that in view of the situation arising out of the illegal activities of the banned organization, Prime Minister Imran Khan has convened a meeting of the National Security Committee tomorrow. Other issues related to national security will also be considered in the meeting. Information and Broadcasting Fawad Chaudhry wrote on Twitter.

Protests by members of the banned group entered its eighth day today (Friday), with protesters camping in Kamoke for the past two days.

Initially, the banned group staged sit-ins in Multan and Lahore, after which a march towards Islamabad was announced.

Strict security arrangements have been made in Rawalpindi. Major highways connecting Islamabad and Rawalpindi have been sealed and Faizabad metro service has been suspended. There are reports of severe traffic jams on alternative routes and citizens are facing severe difficulties as it has become difficult to get to hospitals.