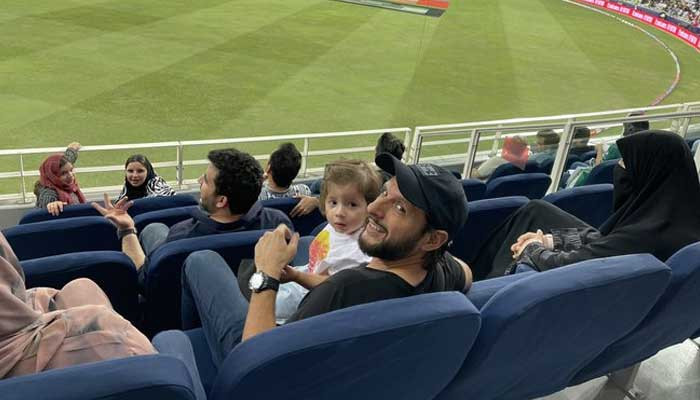 Former Pakistan captain Shahid Afridi watched the Pakistan vs Afghanistan T20 World Cup match with his daughters live from the stands on Friday.

A photo shared on micro-blogging site Twitter shows the cricketer sitting on the couch with his daughter enjoying a game.

The all-rounder tweeted: “Once it was fun to play, now it’s fun to watch them play.”

In a few rows below Shahid Afridi, his other two daughters can also enjoy live action.

Pakistan dominated the first half of the game against Afghanistan, taking five wickets before reaching Afghanistan’s triple figures.

Pakistan will defeat Afghanistan today to qualify for the semi-finals of the tournament.