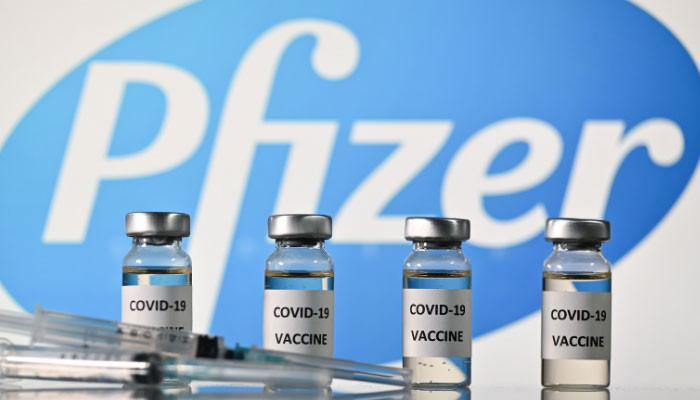 WASHINGTON: For the first time, the United States (US) on Friday approved the Pfizer Covid vaccine for children between the ages of 5 and 11, paving the way for 28 million young Americans to be vaccinated soon.

The decision was made this week after a high-level medical panel advising the government approved the shots, and ruled that the known benefits far outweighed the risks of side effects.

The United States follows only a few other countries, including China, Chile, Cuba and the United Arab Emirates, which are vaccinating young children with various vaccines.

Janet Woodcock, acting chief of the Food and Drug Administration, said in a statement: “As a mother and a physician, I know that parents, carers, school staff, and children are waiting for permission today. Are. “

“Vaccinating young children against COVID-19 will bring us closer to normalcy.”

The launch of the vaccine should begin in earnest after a panel was convened on Tuesday by the Centers for Disease Control and Prevention to further discuss clinical recommendations.

Pfizer and its partner BioNTech announced this week that the US government has purchased 50 million more doses as it works to protect children, including children under the age of five.

A clinical trial of more than 2,000 participants found more than 90% effective in preventing symptomatic disease.

The safety of the vaccine was also studied in more than 3,000 children, and no serious side effects were found in the ongoing study.

In this age group, the vaccine is given as two shots at three-week intervals, with a dose of 10 micrograms – one-third given to older groups.

Acute COVID-19 is much less common in children than in adults, but it does not exist.

According to the CDC, 8,300 COVID-19 children between the ages of five and 11 have been hospitalized since the onset of the epidemic, and 146 have died.

There have also been more than 5,000 pediatric cases of Multi-System Inflammatory Syndrome (MIS-C) in children, a rare but very serious post-viral complication, including 46 deaths.

Health officials will continue to monitor potentially very rare side effects, such as myocarditis and pericarditis (inflammation of the heart and inflammation around the heart).

Clinical trials have been few to detect them, but the hypothesis is that they will be extremely rare, as the effect is thought to be linked to testosterone levels.

In male adolescents and young adults, the effects in the most affected group usually occur at a rate of a few dozen per million after the second dose of the mRNA vaccine. Most cases have been completely resolved.

The corona virus itself can cause more severe forms of myocarditis, possibly more frequently, depending on the level of transmission within the community.

In addition to protecting children’s own health, epidemiologists believe that vaccinating the group will help remove barriers to school and other activities.

But at a meeting of experts convened by the FDA on Monday, most panelists said they would not support a mandate in this age group.

Instead, the decision to vaccinate should be based on factors such as the child’s risk factors and should be left to the families, he said.

The United States is emerging from its latest wave of corona viruses, running through the Delta variant. But cases are higher, especially in the cold northern states, which are lagging behind in their vaccination rates.

About 58% of the total population is now fully vaccinated.