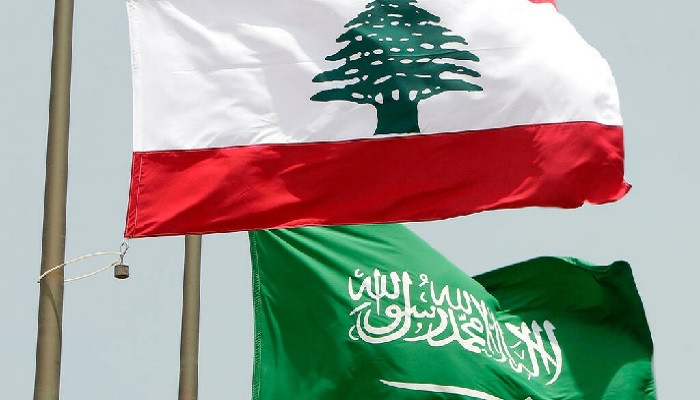 Beirut: Lebanon, which is financially crippled after the deportation of the Lebanese ambassador by Riyadh and other rich Gulf states, is finding itself in a new tussle between regional kings Saudi Arabia and Iran, analysts say.

The crisis began on Friday when Saudi Arabia gave the Lebanese ambassador 48 hours to leave the country, recalled its envoy from Beirut and suspended all imports from Lebanon.

The Saudi Foreign Ministry said the move came after the Lebanese minister’s “insulting” remarks on the Yemen war, but also because of the influence of Lebanon’s Iranian-backed Shiite movement Hezbollah.

He said the group controls Lebanese ports and “hijacks” government decision-making in Beirut.

The crisis is a fresh blow to Lebanon, a financially and politically troubled country where a weak government is struggling for international aid, from wealthy Arab neighbors.

But Information Minister George Kordahi’s remarks, back in August, in an interview aired Monday that criticized Saudi-led military intervention against Iranian-backed Houthi rebels in Yemen, undermined those efforts.

Kordahi said the Houthis were “defending themselves against foreign aggression”, which angrily rebuked Saudi Arabia and its allies, and demanded that Lebanon resign.

Analyst Karim Batar said Kordahi’s remarks were only a catalyst for a growing geopolitical conflict.

The increase “has little to do with what this mediocre information minister has to say … (and) everything from the Saudi-Iranian war that has been going on for the last few years.”

“Kordahi was just an excuse for something that took a long time to prepare,” he said.

Batar added that Lebanon is “one of the battlegrounds between Iran and Saudi Arabia” along with Syria, Yemen and Iraq, where both regional rivals support opposing sides.

He said Riyadh’s move also reflected the state’s determination to suppress Lebanon “for taking a hard line on Hezbollah.”

Hezbollah wields considerable influence in Lebanon, where it has seats in parliament, and has been designated a terrorist group by Saudi Arabia and most of the West.

He did not explicitly demand Kordahi’s resignation, but said he did not name the government.

He urged the minister to keep Lebanon’s national interest in mind in order to improve relations with the Gulf states.

Kordahi was nominated by the Marda Movement, a Hezbollah ally and a Christian party led by Suleiman the Magnificent.

The minister has refused to apologize – as both Hezbollah and Franzi have rejected his demands for his removal.

In the wake of the economic and financial crisis with Lebanon – which the World Bank sees as one of the worst crises in the world since the 1850s – the diplomatic conflict becomes even more damaging.

It comes at a time when Sunni kings Saudi Arabia and Shiite-majority Iran have been in talks for months to ease tensions after a five-year rift.

Old rivals severed diplomatic ties in 2016 after protesters attacked Saudi diplomatic missions in the Islamic Republic, after which the kingdom executed a respected Shiite cleric.

Betar said the latest crisis was also linked to the talks between Riyadh and Tehran, which Lebanon was “paying the price” for.

“When two elephants fight each other, they fall prey to the grass, and Lebanon is the 15th time in its history that the grass has been damaged by the escalation of these proxy wars,” he said.

Mikati’s weak government has not been able to meet for three weeks during a campaign by Hezbollah to oust a judge investigating last year’s bombing of a Beirut port, accusing it of political bias.

“Lebanon needs a cabinet and it gets nothing by shooting itself in the foot because it finds itself in the middle of a regional conflict,” said Michael Young, an analyst at the Malcolm H. Carnegie Carnegie Middle East Center.

He added on Twitter, “Because the Saudis consider Lebanon an Iranian card, they feel it is appropriate to treat the country in its current way.”

But he warned that “by isolating Lebanon, they will only ensure that they strengthen their control over Iran and its local proxy country.”