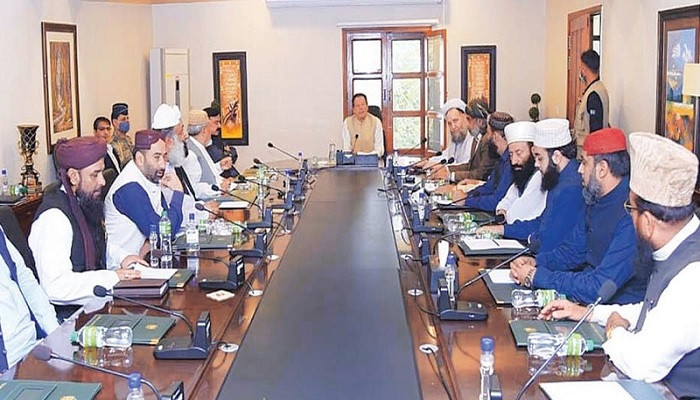 According to sources, talks took place between the government delegation and the TLP leadership last night. The government delegation included Foreign Minister Shah Mehmood Qureshi, National Assembly Speaker Asad Qaiser and MNA Ali Muhammad Khan, while the head of the banned organization, Saad Rizvi, was also present at the talks.

Sources said that the issues between the government and the TLP have been settled. According to the agreement, the TLP workers who have been protesting on GT Road for the past several days will first end their sit-in, in response to which the banned organization Arrested workers to end sit-in Will be released after fulfilling legal requirements.

Sources said that FM Qureshi, Qaiser, Khan and Mufti Muneeb-ur-Rehman will give details in a press conference today.

A day earlier, Prime Minister Imran Khan had said that if religious scholars acted as a bridge between the government and the TLP, it would be appreciated because they did not want bloodshed, but he insisted that no one cares about national security and the government. There can be no compromise. Writ

Meanwhile, roads in Wazirabad remained closed on Saturday and traffic was suspended as TLP protesters continued to camp near the city for the second day in a row.

The Prime Minister said this while talking to a delegation of scholars and leaders on Saturday. The Prime Minister emphasized that peace and security were in the interest of all. The scholars called for dialogue to get out of the current situation.

In the meeting, Prime Minister Imran Khan said that deportation of the French ambassador was not the solution to any problem and he could not be evicted. He said that the war with France would isolate Pakistan at the international level.

The Prime Minister also said that the cases of banned TLP chief Saad Rizvi were being heard in the courts. If the court releases Saad Rizvi, he will have no objection. “No one can blackmail me and I will not be blackmailed,” he remarked, noting that police were strictly forbidden to shoot, but that shots were fired from the other side.

It was also reported that the delegation of scholars had initially refused to meet the Prime Minister in the presence of two federal ministers after which the Prime Minister had instructed them not to participate in the talks. On his behalf, the scholars told the Prime Minister that they were not being apprised of the real situation as the situation was deteriorating due to the statements of government figures and full powers should be given for negotiations.

Meanwhile, Federal Minister for Religious Affairs Pir Noor-ul-Haq Qadri while talking to media after the meeting said that an 11-member committee of scholars and elders has been formed which will remain in touch with the government and is already in touch with TLP. Leadership

“The minister is lying,” was his quick response to a question, when asked if it was a fact that the prime minister was not aware of the pre-arranged agreement with the TLP. Qadri stressed how he could dare to reach an agreement without the approval of the Prime Minister. Former Federal Minister PTI Senator Faisal Wawda had claimed that the Prime Minister was not informed of the agreement and was involved in later decisions. The senator from Karachi also claimed that the agreement was completely wrong.