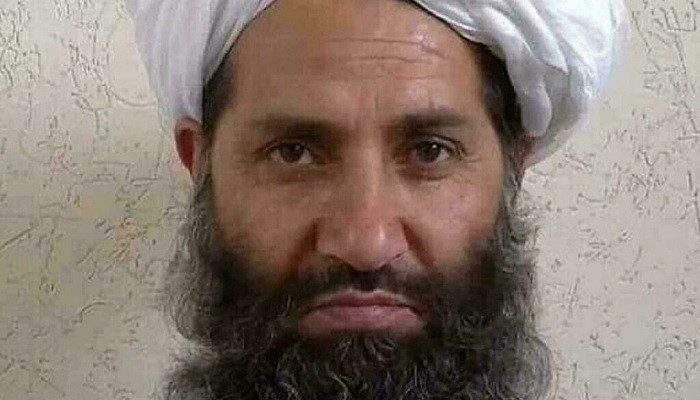 Akhundzada has been the spiritual head of the Islamic Movement since 2016, but has remained a separate figure since his group seized power in Afghanistan in August.

His low profile has dispelled speculation about his role in the new Taliban government – and even rumors of his death.

On Saturday, he visited the Darul Uloom Hakima madrassa to “talk to his brave soldiers and students,” according to Taliban officials.

Strict security arrangements were made and no photos or videos were released, but a ten-minute audio recording was shared by Taliban social media accounts.

Akhundzada – called “Amir al-Mu’minin” or Commander of the Faithful – gives a religious message.

The speech did not affect politics, but asked God to bless the Taliban leadership.