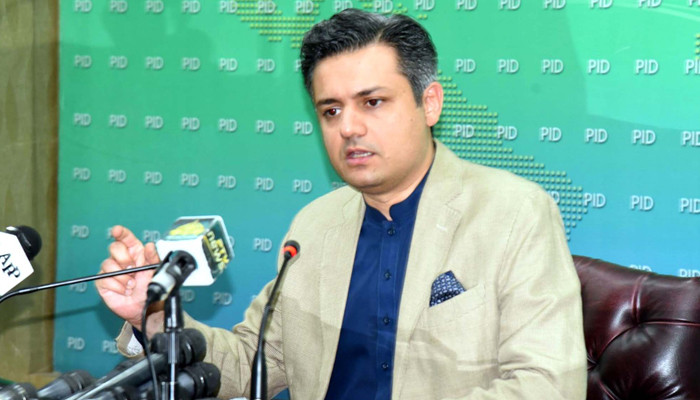 ISLAMABAD: Energy Minister Hamad Azhar on Monday said that the government was taking all possible steps to curb the growing gas crisis in Pakistan.

The government has arranged 11 LNG cargoes for the month of November, Azhar said in an exclusive interview. Geo News.

However, two LNG trading companies have unofficially informed the authorities about the non-delivery of two LNG cargoes for this month.

The Minister said that discussions were underway with the companies on this issue. Replying to a question, Azhar said that if the companies apologized for providing cargo, the country would have 9 LNG cargo.

Talking about the growing crisis of LNG, the Minister said that the whole world is facing shortage but the government is making every effort to overcome this crisis.

In a major setback for the country, two LNG trading companies have withdrawn their two-cargo delivery agreement with Pakistan LNG Limited (PLL) for November to boost 200 per cent of the international spot market. For large financial gains up to Rs

The move by these LNG trading companies has rocked top officials in the energy ministry, with some saying the situation could lead to a strong political backlash from the public in November against the PTI government.

Under the agreement, in case of default, PLL can fine each LNG company up to 30% of the contract value of a cargo and both companies are willing to pay a penalty as the profits in the spot market are very high. , Which makes them willing to sell. Pakistan’s term cargo in the international market.

Why companies backed down.

ENI informed PLL on October 30 that it would not deliver term cargo on November 26-27. Interestingly, ENI has defaulted three times, including the latest.

LNG Trading Company has reportedly told PLL that its supplier has canceled the cargo due to trade concerns and logistical issues, so it is not possible for it to deliver the cargo term in November.

Sources said that ENI has become a “habitual defaulter for financial gain” by repeatedly selling Pakistan’s term cargo in the spot market where LNG prices have risen by 200%.

GUNVOR, meanwhile, defaulted for the first time. It said there was a system malfunction at the loading port, which prevented it from delivering the term LNG cargo on November 19-20.