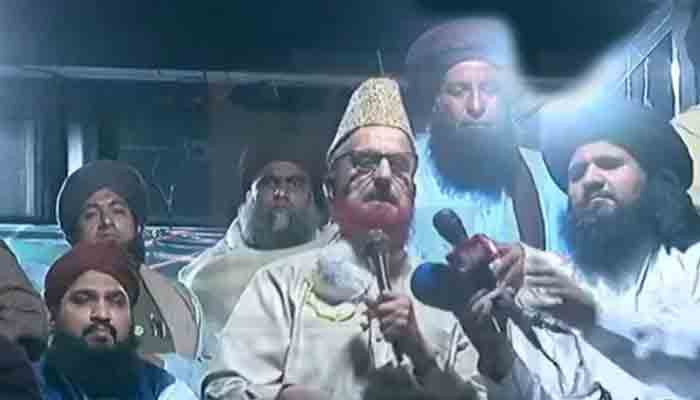 RAWALPINDI: Religious scholar and former chairman of Ruwit Hilal Committee Mufti Muneeb has urged the protesters to follow the instructions of their leadership.

Addressing the sit-in participants in Wazirabad, he said that we have to move wherever the leadership directs.

He said the government had assured him of lifting the ban on the party. “It will take a week to remove the banned word from Tehreek-e-Lubaik Pakistan (TLP),” he added.

Muneeb said the government would implement the agreement reached with the TLP.

He said that under the agreement, GT roads would be vacated.

Speaking on the occasion, Mufti Muneeb warned that if the government did not implement the agreement, he would return with full force.

Meanwhile, Rawalpindi residents breathed a sigh of relief as authorities reopened all roads to traffic after a 12-day closure following an agreement with the banned TLP.

Containers and barriers have been removed from all roads between Rawalpindi and Islamabad. Meanwhile, Murree Road and Faizabad Interchange have been cleared for traffic. Authorities have also restored metro bus service in Rawalpindi after life returned to normal in the Twin Cities.

Protesters are still present at Allahwala Chowk in Wazirabad in Gujranwala and all educational institutions and markets will remain closed today (Monday). The Lahore-Islamabad section of the GT Road is also closed to traffic and authorities have not yet taken any steps to fill the trench dug near Chirag Toll Plaza.

However, roadblocks to the inner city and Sialkot airport have been removed. Internet service in Gujranwala remained suspended till Monday morning.

A day earlier, officials from the PTI government’s negotiating team held a press conference to update the public on their talks with the TLP.

Foreign Minister Shah Mehmood Qureshi and National Assembly Speaker Asad Qaiser were present on behalf of the government at the press conference while Mufti Muneeb-ur-Rehman was also present.

Speaking at a news conference in Islamabad, Rehman said talks with the TLP had been “successful” and an “agreement” had been reached.

He had said that the agreement reached with the government was not a victory or defeat of any one individual but a victory of Islam and Pakistan.

Rehman said a steering committee has been formed under the agreement, which will be headed by Minister of State for Parliamentary Affairs Ali Muhammad Khan, while TLP Mufti Ghulam Ghaus Baghdadi will join the committee. He had said that the committee would be active from today and would start its work.

“The Government of Pakistan and the TLP held detailed discussions under an atmosphere of mutual trust, and an agreement has been reached between the two sides,” Rehman declared, explaining that the talks were not under any pressure or atmosphere. Happened Of stress