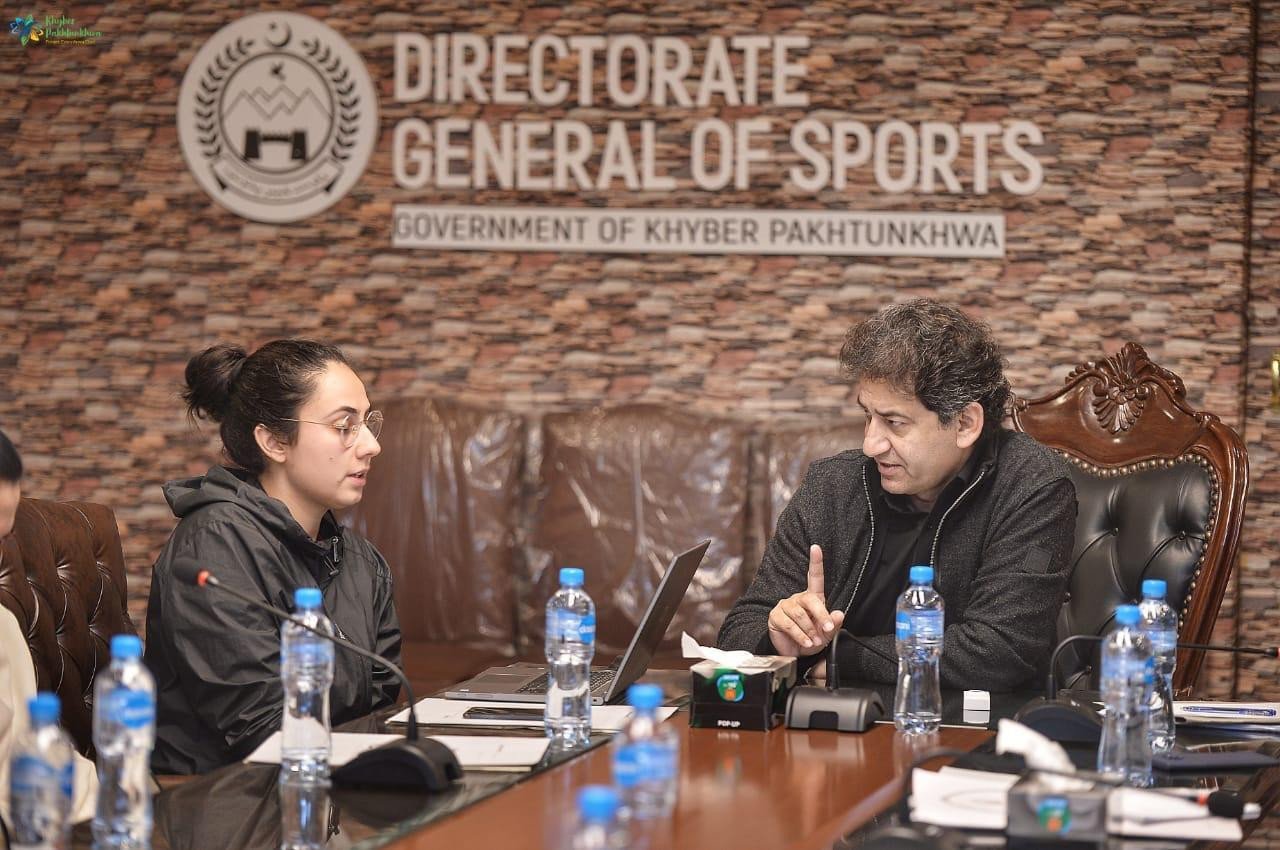 “The welfare of the players should be paramount,” is how the conversation with squash player Noorina Shams began when she became the first active female squash member to be part of the KP (KP) Squash Association’s executive committee this month. Became players.

The sports landscape of Pakistan is changing and perhaps the biggest and best change of the time is the presence of active players in the executive committees of sports organizations and for the first time their voice is heard in policy making.

For Shams, as she tries to prove her mettle on the squash court, the opportunity to play a role in organizing the game is a new area. However, as a woman, especially with her work for the welfare of fellow athletes and athletes, this is an important step for her.

“For me, entering the sports management sector was not a choice, it just came to me. My career is the one I am trying the hardest,” Shams said. Express Tribune.

“I’m taking steps to continue my journey in sports. I guess that’s what everyone sees when I’m approached to be part of their team. I think my struggle is disguised. I am a blessing. They have brought qualities that I never knew I had. Balancing the two worlds is a learning experience. “

The KP Squash Association also recently held elections and for all intents and purposes, Chairman and former Pakistan top player Qamar Zaman believes that his recommendation for Shams is a step in the right direction. He believes that sports need athletes who give voice, especially girls who can inspire others and help run the association better, given their ability to manage them. And the concerns of the players can be brought forward.

“I nominated her because we want our girls and athletes to be involved in all aspects of the sport. She has a passion for change,” Zaman said. Express Tribune.

“I felt that we young people need to run around and help raise the concerns of the players. I think our women, as we have four to five other working for the KP Squash Association, can make a big difference for the players. It’s a step in the right direction. “

Shams, meanwhile, who has faced much opposition from various quarters during his career, expressed gratitude for the opportunity to be a member of the KP Squash Association’s executive committee.

Junaid Khan, former KP director general of sports and current deputy commissioner of Swat, agreed that the role of women in sports decision-making was growing. He pointed out that Shams was present in the KP Sports Management Committee where the 34-year-old helped in working on squash and athletics and the government had set up the committee for the first time.

“She was an athlete herself and her vision was specifically for athletics and squash. Khan said the committee’s objectives were to identify talent, set up academies and also help athletes with technical matters.

Shams feels that the challenges for her to ensure her participation are not just a placebo, and to make sure that she is taken seriously in the role where she is representing the players and the concerns of the youth. Is being brought to the attention of executive members.

“I am convinced that the biggest challenge I will face is to take it seriously for once. It is not enough to sit down with big names or share a table. I want my service to go beyond paperwork,” he said. “It’s going to be a big fight, and I’m hoping for the best,” Shams said.

She has been in the United States to improve her game, and she feels that her biggest goal is to improve the quality of her players’ training.

“My suggestions will be on mental health, international coaching, physical health, providing a safe environment for the sports community as a whole, making competitive sports part of the school curriculum and anything that improves the state of sports.” Shams said that the aim is the players and the welfare of the coaches and at present she sees a better future for Pakistani sports if the welfare of the players is taken into consideration.