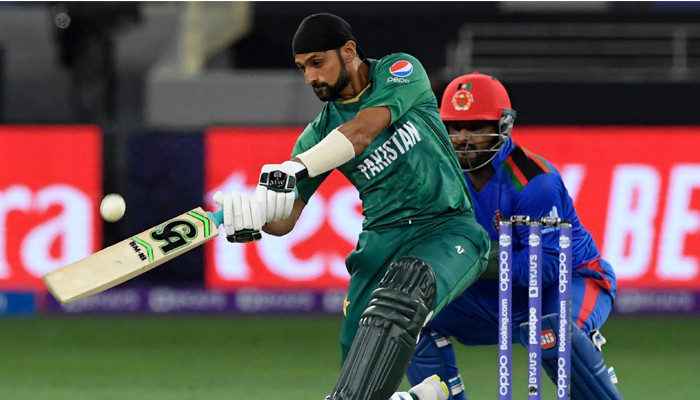 Abu Dhabi: Veteran all-rounder Shoaib Malik said on Monday that Pakistan’s morale was “high” after winning against India last month ahead of this week’s Twenty20 World Cup match against Namibia in Abu Dhabi.

After traditional rivals India, New Zealand and Afghanistan have won the opening match by ten wickets, followed by three victories in several matches.

They need another win to qualify for the semi-finals from Group 2 of the Super 12 stage.

Ahead of Tuesday’s meeting, Malik, 39, said the camp was in high spirits.

“When you win games, the level of confidence in the dressing room is very high. Everyone is looking forward to playing the rest of the game that we have left in the tournament.

“When you start your tournament against a big team (India) and then you win that match, everything comes into your dressing room.”

Malik, whose tennis star wife Sania Mirza is from India, declined to comment on her traditional rival’s unusual show at the event, saying “we are focused on our performance and not looking around.”

Malik praised the intensity in the setup.

“Obviously when you start the tournament, the goal is to give your best shot as a team,” he said.

“But since I joined the team, I have watched the practice sessions of the Pakistani teams and the way they have been dealing with the pressure of the world so far, it has been extraordinarily good.”

Pakistan have never played a Twenty20 International against Namibia, having won the only one-day international between the two sides in the 2003 World Cup (50 overs) by a margin of 171 runs in South Africa.

But Malik said Namibia, who qualified from the first round and beat Scotland, would not be taken lightly.

“Truth be told, we are not thinking differently because the T20 format is one where you cannot take the opposition lightly,” he said.

“And we have full confidence, so we look forward to the game.”

Pakistan have played the same eleven in all three matches, but given a relatively easy opponent who is ranked 15th in the world in the format, he can turn around.

Malik acknowledged that biosecure confinement is a challenge for players in the Covid 19 ban.

“Bubble life, it’s a difficult thing, especially when you like to play back-to-back series,” he said.

“And living in a bubble is not an easy thing to go through. But the good thing is that our families are with us. We’re spending a lot of time together as a family, as teammates. Good.

“But when your goal is to achieve something in life, you have to go through difficult yards, and that’s what we have in mind. And we’re just focusing on that particular tournament. And some have bubble life. Have started to enjoy. “