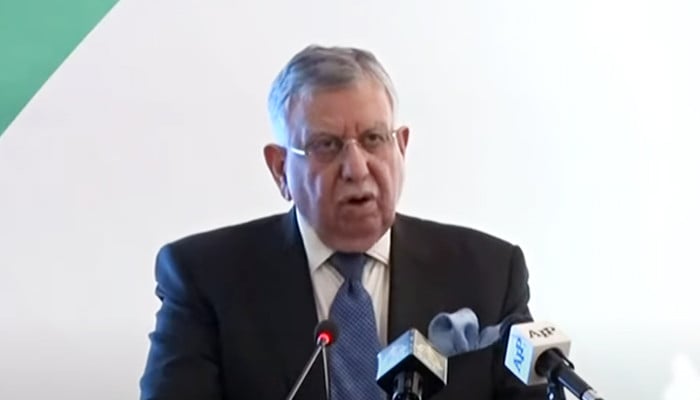 ISLAMABAD: Adviser to the Prime Minister on Finance and Revenue Shaukat Tareen on Monday said that all issues with the International Monetary Fund (IMF) have been settled and an agreement will be signed this week.

The Adviser was addressing the launch of the Pakistan Single Window (PSW), an exciting, comprehensive and comprehensive reform initiative launched in the public sector in recent years.

The de facto finance minister was in Washington last month to lead a Pakistani delegation in talks with the IMF to revive the 6 6 billion Extended Fund Facility (EFF). The agreement could not be signed due to disagreement on some of the terms set by the lending agency.

However, Pakistani officials said there was no dispute and the agreement would be signed soon.

Talking on the occasion in Islamabad, Tareen said that the job of the government is to provide facilities to the people and there would be no delay in the salaries of government employees.

We are providing targeted subsidies to control inflation. This is a global issue and prices in the international market are out of my control, ”he said.

“The enemy is sitting in our neighborhood,” he said, referring to a recent cyber attack on a National Bank server.

The consultant said that over the past two years, Code-19 has severely affected the global supply chain and trade, while the cost of production and shipping has also increased.

“The global economy is recovering and business activities will not only resume but also grow very fast, so there is an urgent need to seize this opportunity,” he said.

“The worst period seems to be coming to an end and as global economies begin to recover, we expect business to resume and indeed grow very fast. Pakistan and Pakistani businesses benefit from new opportunities.” Be prepared to carry.

He said that PSW was in line with the government’s vision of promoting competition, transparency and efficiency and commended Pakistan Customs for leading the initiative.

He said the government’s priority is to improve the competitiveness of small and medium enterprises by providing them with an environment conducive to growth and innovation and reducing their cost and time to do business.

He hoped that the single window would provide a comparative advantage to Pakistani businesses and the business community to enter new markets to boost exports.

In addition, he said, it would also help combat financial crime and money laundering based on trade through international shipping and database integration, and ultimately provide information to Customs, State Bank of Pakistan and other relevant agencies. Will enable communication without interruption in delivery.