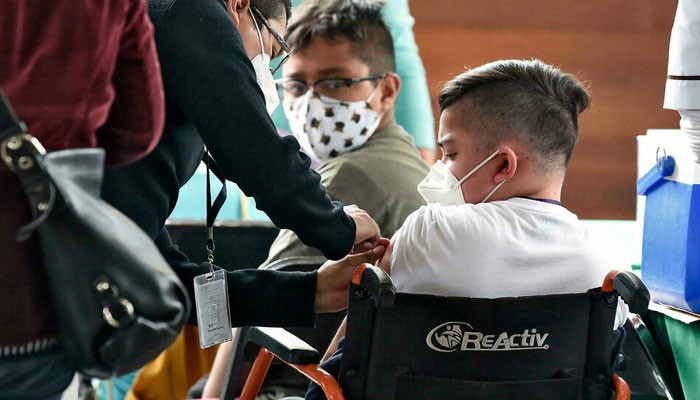 PARIS: As many as 5 million people have died worldwide since the disease first appeared in China almost two years ago, according to official figures compiled by AFP.

Monday’s milestone, almost four months after four million deaths were registered, also came at a time when the global vaccine release has reduced the death rate that has injected billions of people.

While the number of daily deaths worldwide fell below 8,000 for the first time in almost a year in early October, black spots remain globally.

“The total number of cases and deaths from Covid 19 is rising for the first time in two months, due to the current rise in the epidemic in Europe,” World Health Organization chief Tedros Azanom Gabrias told a news conference on Thursday.

Of the 52 countries and regions that make up the WHO’s European region, the rising death toll is mainly from the East.

Russia – a country reluctant to have a strong vaccine – has seen infections and deaths reach new records, with an average of more than 1,000 deaths a day since October 20.

And according to the authorities themselves, the tool is largely underestimated.

The government’s daily figures show a total of 239,693 deaths as of November 1.

However, the National Statistics Agency Rosstat, which has a broader definition of the death toll from the quake, said in late September that the death toll was about 450,000.

After Russia, Ukraine and Romania are the two countries in Europe with the highest number of deaths per day – 546 and 442 deaths per day in the last seven days, respectively.

Latin America and the Caribbean are the deadliest regions in the world (1,521,193 deaths since the onset of the epidemic).

But the daily death toll, currently around 840, has been declining since May.

In the United States, more than 1,400 deaths were recorded each day on average during the past seven days, down 15 percent from the previous week. With a total of 746,747 deaths, the country is suffering from the epidemic.

The WHO estimates that the actual number of epidemics could be two to three times higher than official records, due in part to an increase in deaths directly and indirectly linked to Covid 19.

The Economist magazine looked at the death toll and concluded that about 17 million people had died from coyotes.

“These figures seem more reliable to me,” Professor Arnaud Fontant, an infectious disease specialist at the Pasteur Institute, told AFP.

In any case, the death toll is lower than other historical epidemics, such as the Spanish flu, which killed 50-100 million people in 1918-1919.

However, Jean-Claude Manoguera, a virologist at the French Institute, said Covid had “caused a lot of deaths in a short period of time.”

“It could have been much more dramatic without all the measures, especially the movement of people and then restrictions on vaccinations,” according to Fontanet.