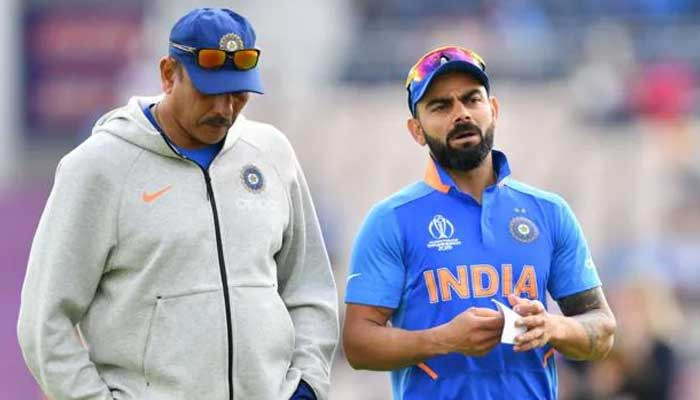 Former India captain Mohammad Azharuddin said on Tuesday that captain Virat Kohli or coach Ravi Shastri should have addressed the media after the team’s defeat to New Zealand this Sunday.

This was said by the former cricketer during a discussion on the performance of Man in Blue. ABP News.

Talking about the team’s decision to send Jaspreet Bumrah to the post-match press conference, Azharuddin said it was important to face the media after the defeat.

Asked whether Kohli and Shastri deliberately avoided tough questions, Azharuddin said there was no need to be ashamed of defeat.

“If you lose one or two matches, there is nothing to be ashamed of. But the captain or coach must come and tell the nation why the team lost. How can you expect Bumrah to answer these questions?” ? ” He thought.

Azharuddin said that if the captain or coach is ready to face the media after winning a match, he should do so when the team is going through a ‘difficult phase’.

India once again failed to put up a strong show against New Zealand a few days ago. After misusing its top order, the Indian batsmen managed to average only 110/7 in their 20 overs, which the Black Caps successfully chased and saved eight wickets.

During a press conference on Sunday, fast bowler Jaspreet Bumrah admitted that the Indian cricket team was going through “bubble fatigue” as it had been on the road for the past six months.

Asked if the team was tired after the IPL season, which ended a week before the World Cup, Bumrah told reporters: “Of course, sometimes you need a break. I miss my family. You’ve been on the road for six months.

“So it all plays out in the back of your mind sometimes. But when you’re on the field, you don’t think about all these things … obviously living in a bubble and having your family for so long. Stay away from time. Time plays a role.

“The BCCI also tried its best to make us feel comfortable … This is a difficult time. There is an epidemic going on, so we try to adapt but sometimes bubble fatigue, mental fatigue is also inside. Comes. ”