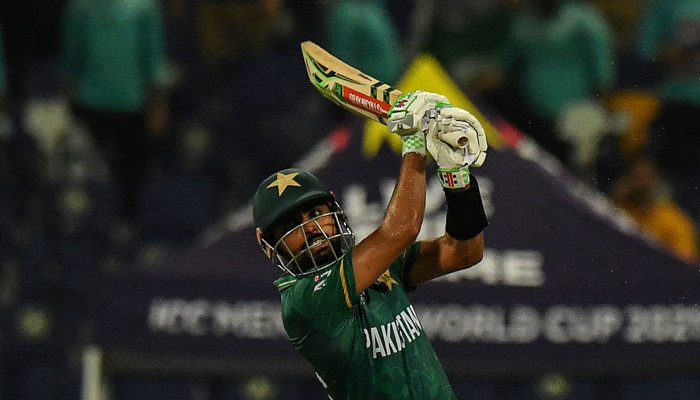 The captain scored 70 off 49 balls during the match against Namibia, which included seven fours.

Babar has thus surpassed Kohli to become the only batsman to score 14 half-centuries in T20I.

It took Babar just 27 innings to reach this milestone while Kohli scored more runs in 44 innings.

Azam scored his first 1000 T20I runs as captain of the Pakistan cricket team in 26 innings.