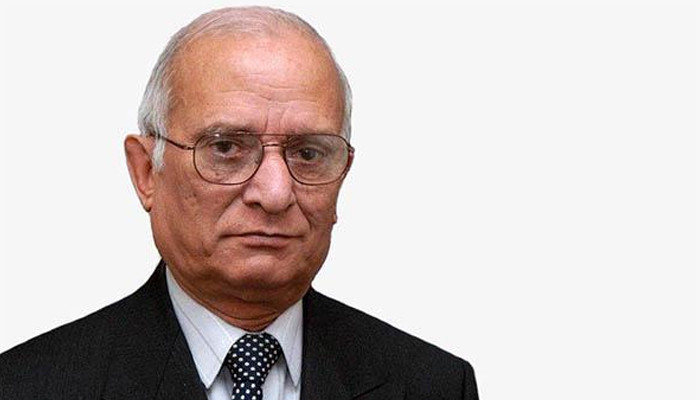 This news was confirmed by Barrister Rashid Ahmed, who trained in the chambers of Mr. Qadri QC and worked with Mr. Qadri QC in several important cases.

He said that Qadri was suffering from cancer, lung and heart diseases in addition to age-related medical conditions.

Expressing his deep grief over the demise of Sibghat Qadri, Barrister Rashid Ahmed said that he was a mentor, a friend, a colleague, a father figure and a legend not only for me but for the entire generation of lawyers.

He trained hundreds of lawyers from disadvantaged backgrounds who are now known in their areas as legal experts. He was very supportive of ethnic minorities in Britain. He campaigned against racism, injustice and inequality when there were only voices. Without their efforts, ethnic minorities in Britain would not have the same human rights they enjoy today. They have left a gap that will never be filled, ”Ahmed added.

Sibghatullah Qadri QC began his career as a student leader in Karachi, worked against Zia-ul-Haq’s martial law and became a leading civil rights lawyer in the UK and an authority on immigration law and ethnic relations.

Sibghat Qadri QC, former chairman of the Society of Black Lawyers, was summoned to the bar in 1969. He was appointed Queen’s Counsel in 1989 and was also a Bencher of the Honorable Society of the Inner Temple.

He was elected General Secretary of the Karachi Students Union and was arrested for opposing martial law in Pakistan and spent seven months in jail for opposing Zia’s government.

After coming to the UK to train as a lawyer, Qadri came to the forefront of the fight against racial discrimination in both legal education at the bar.

He has been active in Pakistani political and legal affairs and has been the chairman of the Lawyers’ Committee for Human Rights in Pakistan.

Mr Qadri was the lawyer of the month in September 2007 and was awarded the Lifetime Achievement Award by the Society of Asian Lawyers in 2008.