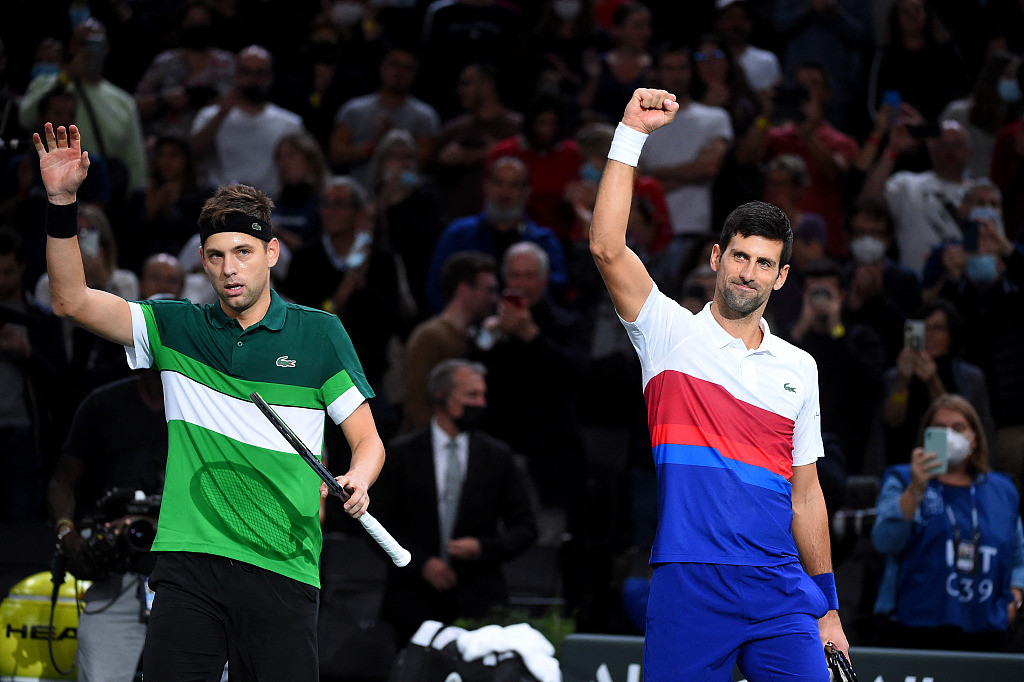 Novak Djokovic returns to the court of the Paris Masters, winning doubles in his singles debut on Monday, seven weeks after losing in the final of the US Open.

“I’ve never played in front of so many people for a doubles match, it’s incredible,” said the World No. 1, whose last doubles match was in Mallorca in June when he and Carlos Gomez-Herrera reached their semifinals. Had won

He then withdrew from the final due to an injury to the Spanish player’s ankle.

Djokovic has not played since Russia’s Daniel Medvedev’s dream of winning a calendar grand slam in the US Open final in mid-September was shattered.

“It’s been a very trying season, but it’s not over,” he said.

“I’m very proud of the way I played at the Grand Slam this year. I didn’t end up with a trophy in New York, but there are a lot of things I can be happy about.”

Djokovic lost his first service game on a double fault, and surprisingly allowed Krajinovic to defend when the Australians had a set point, which they won.

Djokovic, 34, who has had the support of the crowd on several occasions, began to find some intensity early in the second set and improved as the match progressed, and he reacted with joy when he And Krajanovic won the second set. Set

Krajinovich said it was an honor to play with Novak. “Great friend and my ideal.”