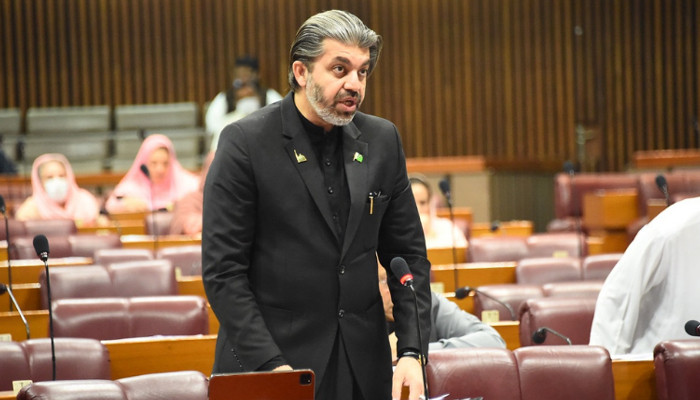 ISLAMABAD: Minister of State for Parliamentary Affairs Ali Muhammad Khan has termed the current deal between the banned Tehreek-e-Lubaik Pakistan (TLP) and the government as a “temporary solution”.

Talking on Geo News talk show. Today with Shahzeb KhanzadaThe ministers said the banned organization would accept parliament’s decision on the deportation of the French ambassador.

Khan revealed that the two sides have decided to keep the agreement secret for some time.

He hinted at the release of TLP chief Saad Hussain Rizvi in ​​a few days, saying details of the deal would be revealed in seven to 10 days.

The minister added that the government negotiating team reached an agreement with the banned organization after receiving approval from Prime Minister Imran Khan.

Ali Mohammad Khan said he would welcome the TLP into the national mainstream. The federal minister said parliament would decide on the expulsion of the French ambassador.

“The state has entered into an agreement with its people to restore peace in the country,” he added.

Did those who were opposed to the agreement want to see another Red Mosque incident in the country? He asked.

Sources told Geo News that Prime Minister Imran Khan is expected to take the nation into confidence today (Wednesday) over the government’s secret deal with the banned TLP.

A day earlier, addressing a press conference in Islamabad, Information and Broadcasting Minister Fawad Chaudhry had said that the Prime Minister would also take the nation into confidence about the government’s economic policies in his address on Wednesday.

The Information Minister had said that the Prime Minister would announce the package to the people in his address.