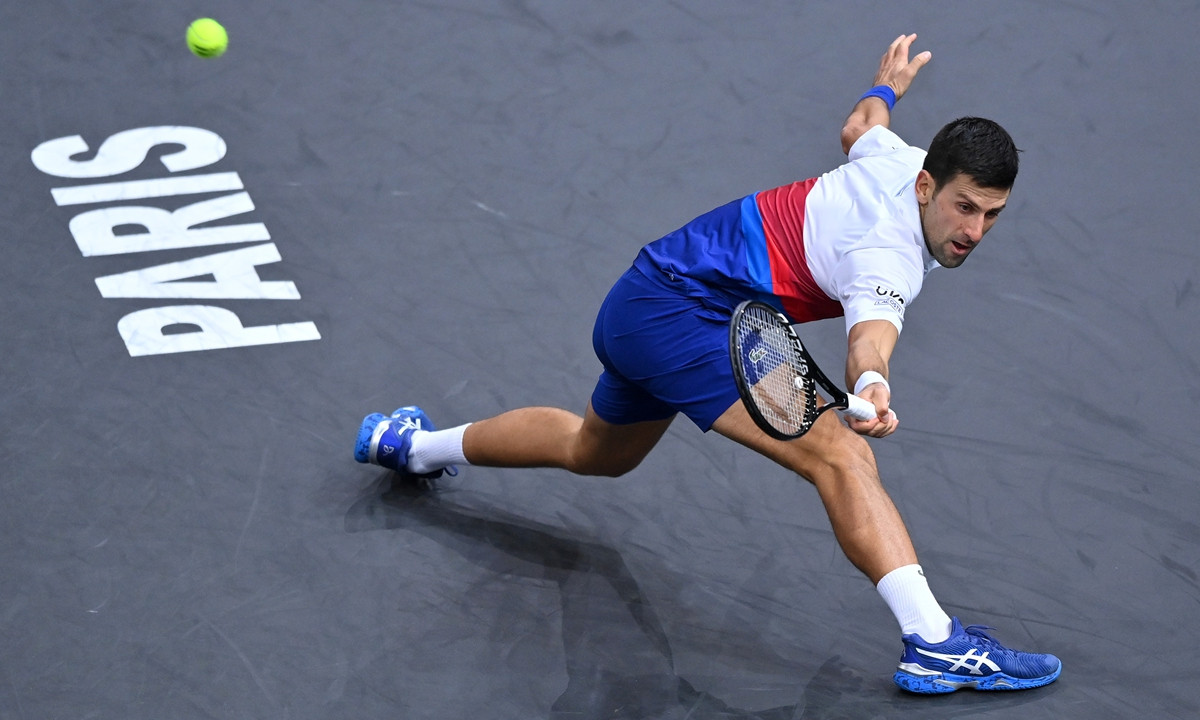 World number one Novak Djokovic made a strong comeback in the ATP singles circuit but defeated Hungary’s Martin Foucault 6-2, 4-6, 6-3 in the second round of the Paris Masters on Tuesday.

The 34-year-old 20-time 20-time Grand Slam champion said on Sunday that his biggest fear was the lack of match practice as Daniel Medvedev shattered his dreams of a Grand Slam clean sweep in the US Open final in September. ۔

When Wimbledon reached the quarterfinals earlier this year, the Foxcocks put up a tough test against the ‘rabbit caught in the headlights’, sparking Serbia’s fears.

Djokovic said it was a return to the competition after not playing in an official tournament for almost two months.

“It was hard for me to get in that way, but I’m glad it’s a reasonable win.”

Djokovic – who is rare for him – also playing doubles in Paris – said he expects a tough match despite beating his opponent when he met three times.

“It was a super war,” he said. Now I must play more to rediscover my intensity level. The more matches I play, the better.

“I know this as well as I’ve been through this before. Hopefully this experience will work.”

Djokovic barely got into second gear when he won the first set in 38 minutes with a loss of just two games.

But Fucsovics broke through the crowd in the evening, rushing to a 3-1 lead in the second.

Djokovic lovingly saved the set at 5-3, but failed to stop the Australian, French and Wimbledon champions Foxox from offering to take the match to a decisive set.

Djokovic, however, pulled him together in the third set to give his 29-year-old rival a 4-2 lead.

In Fucsovic’s next service game, Djokovic had a match point as he turned the pitch but Hungary saved him and won the game to stay behind 3-5.

Djokovic, however, made no mistake when he served for the match to see his 40th-ranked opponent and advance to the third round.

He will play the winner of all the French clash between Adrian Mannarino and mercurial Gael Monfils.

Before that, another seed had a hard time.

Felix Auger-Aliassime defeated Italian qualifier Gianluca Mager 4-6, 6-4, 6-1 in the second round after falling to the set after a clash with Andy Murray’s winner Dominic Kopfer.

The 21-year-old Canadian ninth seed needed five match points to do so against a dog opponent, who played above his world rank of 66.

Auger-Aliassime will need to live up to their potential when they face Koepfer, who saved seven match points against world number one Murray on Monday and sealed his first victory.

“The end of the first set was disappointing but I reacted well,” said Auger-Aliasime.

“So the match was really an upside that was positive for me.”

Auger-Aliassime is also at an early stage, including reaching the semi-finals of the US Open, although its quarter-final rival Carlos Alcaraz helped retire from the match with a thigh injury.

The 18-year-old Spaniard, however, defeated Pierre-Hughes Herbert of France 6-7 (4/7), 7-6 (7/2), 7-5 in a thrilling match and showed real toughness. The encounter lasted for seven minutes and three hours.

Herbert, fired by a biased mob, saved two match points but then easily won the match with his 10th double fault.

Alcaraz will face off in the second round against Italian eighth seed Gennik Sunr, a fierce competition between two new and upcoming young talent.