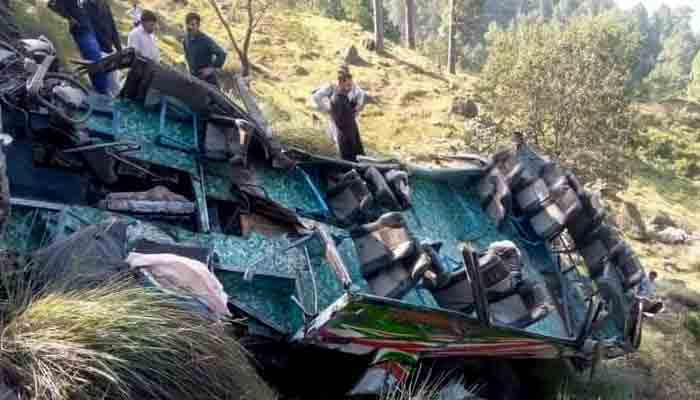 Muzaffarabad: At least 23 people were killed and more than nine others injured when a passenger bus fell into a ditch in Pallandri area of ​​Azad Jammu and Kashmir.

According to the police, the unfortunate bus was going to Rawalpindi when it fell into a ditch. The bus was carrying more than 30 passengers.

Rescue personnel have shifted the bodies and injured to Tehsil Headquarters Hospital Baloch.