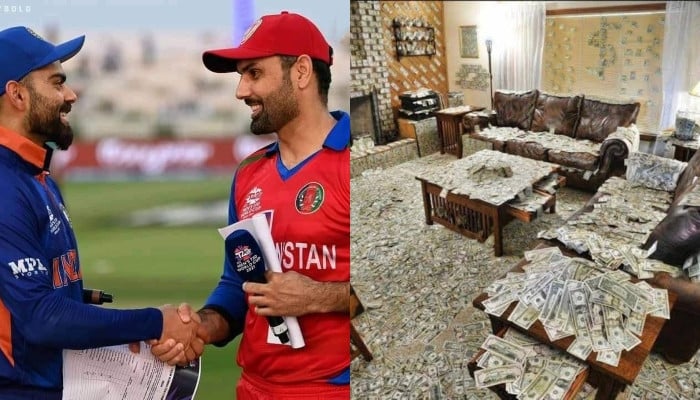 Despite the end of the match between India and Afghanistan, it seems on Pakistani Twitter that Afghan cricketers have picked up the game in exchange for cash and lucrative IPL deals.

The opening pair of Mohammad Shehzad and Hazratullah Zazai fell victim to Shami and Bamrah within the first five overs of the match.

Here are some memes circulating on social media:

Mohammad Noman Akram photoshopped some of the tweets, which made it look as if the Afghanistan Cricket Board (ACB) had been “compensated” for its poor performance against India.

Leave the task of making memes from popular TV shows to Pakistanis.

Twitter handle @bellabajwa believes the Indian cricket team’s performance had nothing to do with their victory today.

The Indian batsmen finally fired with Sharma and KL Rahul, who scored 69, 140 for the opening wicket to take India to 210 for two in their much-needed Super 12 match in Abu Dhabi.