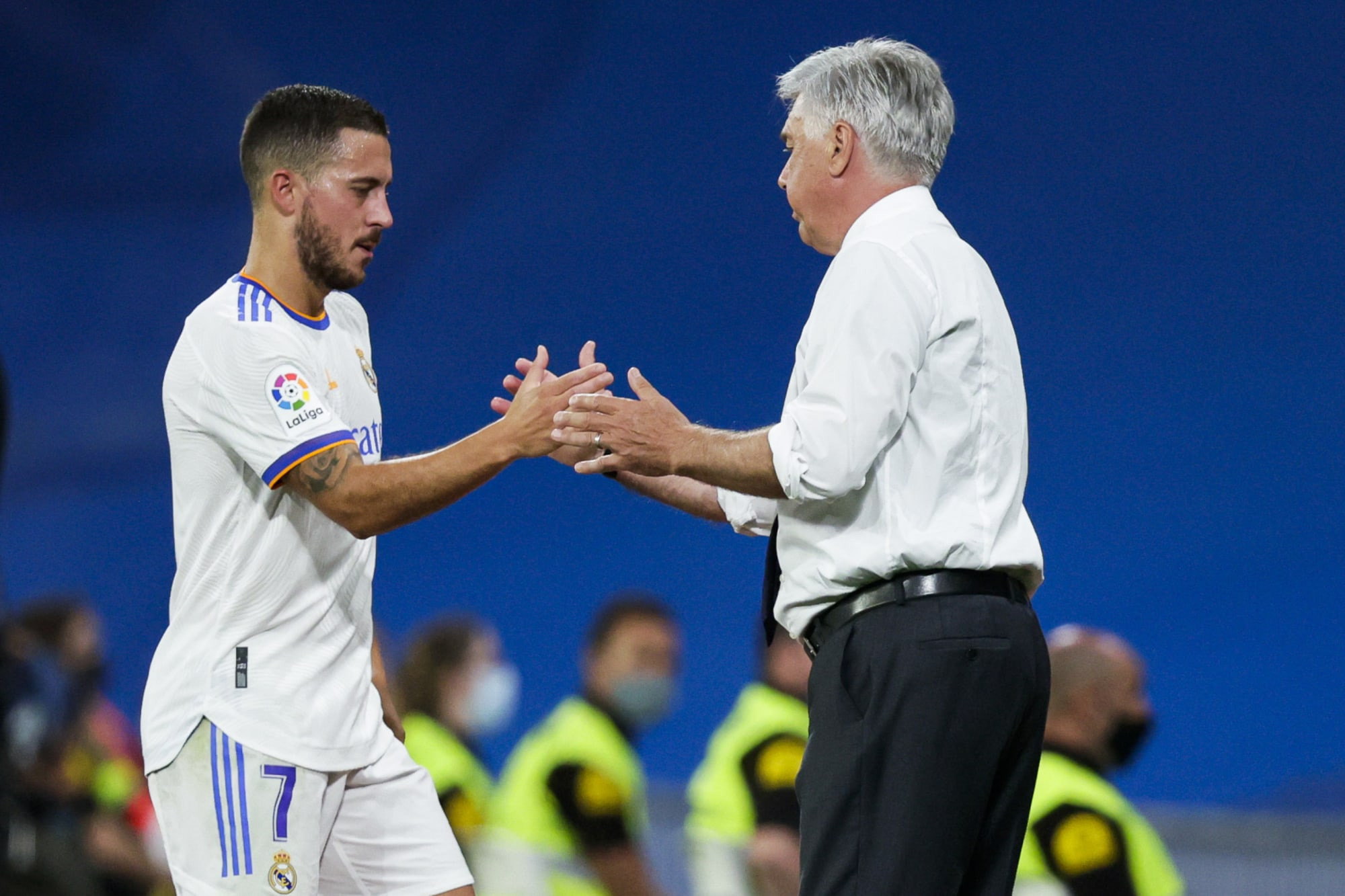 Carlo Ancelotti said on Tuesday that Eden Hazard must maintain faith and remain professional as the Belgian striker wants to restore his Real Madrid career.

Hazard, who cost Madrid 100 million euros ($ 115 million), has been injured for two years since joining Chelsea and has not started in any of his last five matches.

He was left on the bench for last month’s Clasico victory over Barcelona, ​​when the 30-year-old’s most recent start came in the Champions League with a 2-1 defeat to Madrid by the Sheriff.

Ancelotti said last week that Hazard had “a coach who prefers other players” and when asked again on Tuesday, the Italian said: “He has trained well, it’s with a lot of players. Yes, they do not play, they have to play.

“Mariano (Diaz) has never played a minute in the season and (in the last game) he played very well, he showed professionalism. That’s what Hazard and others who aren’t playing at the moment have to do. “

Madrid will play Shakhtar Donetsk in the Champions League at home on Wednesday, beating Ukraine 5-0 just two weeks ago.

But the defeat at the hands of the Sheriff means that Ancelotti’s team still has to work in Group B, where they are second, tied with the Sheriff at six points and just two ahead of Inter Milan.

“Losing a game like this means we have to win the last two. Winning means we’re very close to qualifying.”

Ancelotti said Brazilian forward Rodrigo would miss the match after suffering a muscle injury in Saturday’s win over Elche.

Gareth Bale is training again after recovering from a hamstring problem, but the Wales striker is not ready to play.