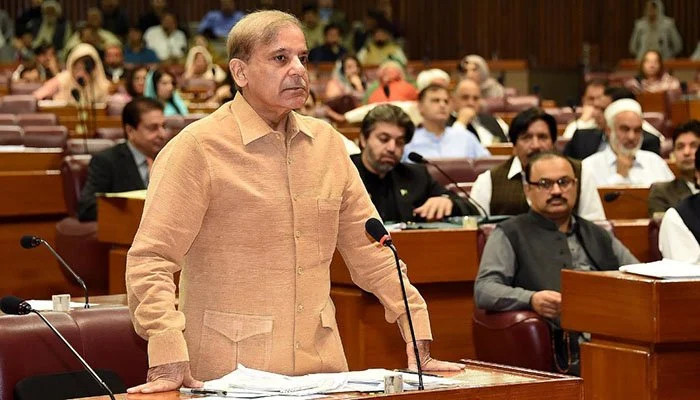 Recently, reports have surfaced that the Prime Minister had asked his ministers to support Information Minister Fawad Chaudhry and Railway Minister Azam Swati, who were issued notices by the Election Commission of Pakistan (ECP) after making serious allegations against the constitutional body. Was released.

The PML-N president said, “Imran Khan’s advice to his ministers to ‘support’ his two cabinet colleagues is provocative to attack the Election Commission from the front.”

“They are targeting the ECP in times of major internal and external challenges. It cannot be allowed to be recognized by our institutions,” Shahbaz added.

Azam Swati, at a meeting of the Senate Standing Committee on Parliamentary Affairs on September 10, accused the ECP of taking money from companies that manufacture electronic voting machines.

Meanwhile, Chaudhry had said in a press conference on the same day that the ECP had “become the headquarters of the opposition parties” and that the Chief Election Commissioner was “acting as their mouthpiece”.

The ECP sent notices to Chaudhry and Swati on September 16, asking the two ministers to explain within a week the allegations against CEC Sikandar Sultan Raja and the commission.

However, the two ministers asked the ECP for an extension on September 23 to submit their responses.

Later, on September 28, the ECP gave federal ministers more time to submit a response to their allegations.

At the hearing of the case on October 27, the ECP had issued new show cause notices to Swati and Chaudhry.

ECP officials said during the hearing that this was the second notice issued to Azam Swati.

Two show cause notices have been sent to Prime Minister Swati, one to Chaudhry and the other to Babar Awan, Advisor to the Prime Minister on Parliamentary Affairs.

The hearing of the case against Azam Swati was adjourned till November 16.

Meanwhile, no lawyer from Chaudhry appeared before the ECP.

ECP officials also directed Chaudhry to issue show cause notices and adjourned the hearing of the case against him till November 16.