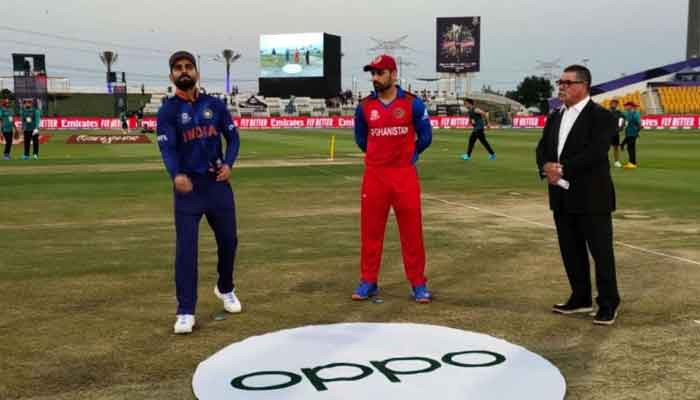 According to former international cricketers David Gower and Rashid Latif, Pakistani cricket fans should not take any conspiracy theory of match-fixing seriously.

Afghanistan’s poor performance has led many in Pakistan to believe that the match between the two teams was “fixed”.

After India’s 66-run defeat to Afghanistan, “Fixed” and “#WhelpaidIndia” started trending on Twitter. A video clip of the toss between the two captains Muhammad Nabi and Virat Kohli went viral on social media.

In the video clip, Nabi can be seen saying to Kohli, “We are going to bowl first”, after which he repeats the same thing over the microphone.

Many Twitter users in Pakistan thought it was Kohli who was giving instructions to the Afghanistan captain. He cited the clip as evidence that a game fixture had been agreed between the two sides.

However, former England batsman David Gower spoke about the controversy during the show. Play on Hai In PTV the game.

“I don’t think there’s anything to worry about,” Gower said. “These things can get serious very quickly if you allow them. But I’m not the only person in this room who has an opinion, I know,” he added.

As Gower turned to other panelists, including former Pakistan fast bowler Umar Gul, Rashid Latif asked him: “What did you see?”

Former Pakistan captain Rashid Latif himself then explained what usually happens when a toss is made.

“When there is a toss between two captains, one captain tells the other what he wants to do,” Latif explained. “So Virat Kohli told Nabi, ‘We will bowl first.’ However, later you have to say the same thing formally, so he repeated it,” Latif added.

“Nothing,” said the former Pakistan captain. [fishy] But he added that he was shocked to see the reaction of some people in Pakistan.

Opening batsman Rohit Sharma scored 74 to give Afghanistan their first victory in the Twenty20 World Cup by defeating Afghanistan by 66 runs on Wednesday as Virat Kohli’s team escaped a shock early exit.

The Indian batsmen finally fired with Sharma and KL Rahul, who scored 69, 140 for the opening wicket to take India to 210 for two in their required Super 12 match in Abu Dhabi.