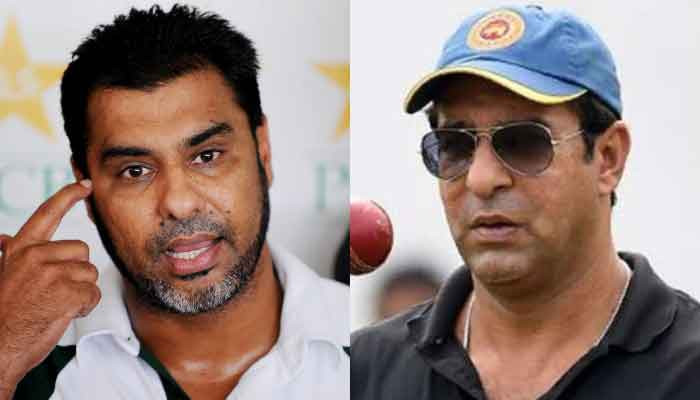 Former Pakistan captains Wasim Akram and Waqar Younis have rejected match-fixing theories circulating on the internet after India’s match against Afghanistan on Wednesday.

Talking during a live transmission on a private TV channel, Wasim Akram said that India is a good team, he advised the audience to ignore the conspiracy theories.

The former fast bowler said, “I don’t know why we like to make such a conspiracy theory. India is a very good team. It had some bad days at the beginning of the tournament.”

“People shouldn’t pay too much attention to it,” he said.

India beat Afghanistan by 66 runs on Wednesday night to win their first match of the T20 World Cup. A 140-run partnership between Rohti Sharma (74) and KL Rahul (69) helped India make their highest total of 210 on the scoreboard in the tournament.

This target proved to be too much for Afghanistan, which was limited to 144/7 in 20 overs in which Indian spinner Ashwin took two wickets for 14 runs while fast bowler Mohammad Shami took three wickets.

“We wanted to make a good start that didn’t happen in the first two games,” Sharma said.

Afghanistan is still looking to make it to the semi-finals with New Zealand.

Former international cricketers David Gower and Rashid Latif made it clear on Wednesday what a loss it was when Virat Kohli lost the toss to Afghanistan’s Nabi, who chose to bowl first.

Afghanistan’s poor performance has led many in Pakistan to believe that the match between the two teams was “fixed”.

After India’s 66-run win over Afghanistan, “Fixed” and “#WhelPaidIndia” trends began to appear on Twitter. A video clip of the toss between the two captains Muhammad Nabi and Virat Kohli went viral on social media.

In the video clip, Nabi can be seen saying to Kohli, “We are going to bowl first”, after which he repeats the same thing over the microphone.

Many Twitter users in Pakistan thought it was Kohli who was giving instructions to the Afghanistan captain. He cited the clip as evidence that a game fixture had been agreed between the two sides.

However, former England batsman David Gower spoke about the controversy during the PTV sports show Game On High.