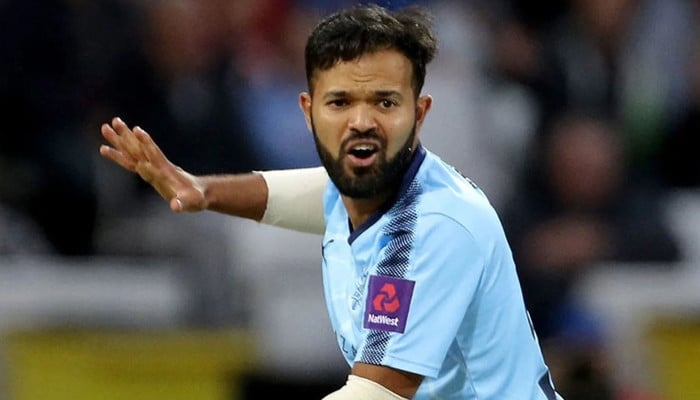 LONDON: Azeem Rafique on Thursday called for drastic changes in his former club Yorkshire and in cricket as a whole, a deepening line of racism that has cost the county side a host of sponsors.

The county offered a “deep and insecure apology” to the 30-year-old Pakistani-born off-spinner in a September report on allegations of racial abuse.

But last week he said he would not take disciplinary action against any staff, leading to a wave of criticism and incitement of big-name supporters to withdraw their support.

Rafiq said the row was about “institutional racism and the failures of several leaders at the Yorkshire County Cricket Club and the wider game.”

“The sport I love and my club is in dire need of reform and cultural change,” he posted on Twitter.

“Changes in the system and environment that will formally educate and bring a new generation that make it a beautiful sport.”

The controversy has erupted in the UK and Wales Cricket Board (ECB), the governing body of senior British government ministers and politicians.

Rafiq, Yorkshire chairman and county chief executive and director of cricket, has been summoned to testify before a parliamentary committee on November 16.

Former England international Gary Balance admitted in a statement on Wednesday that he had used racist language against Rafique, saying: “I’m sorry I used the word in my infancy.

“I don’t want to discredit Rafi by repeating the words and statements he made about me and others, but I have to make it clear that this was a situation where best friends said offensive things to each other. It would be out of place. It’s totally inappropriate. “

“I never believed or thought it hurt Rafa,” Balance added – adding that if he had realized, “I would have stopped immediately.”

Balance’s entry came after the publishing company Emerald terminated its affiliation with Headingley Grounds in Yorkshire and Leeds after handling a report in which Rafiq was accused of “racial harassment and bullying” at the club. Other sponsors follow suit.

“The first time they messed it up when it actually happened because no one dared to stand up and say: ‘No, we’re not doing that in this dressing room.'”, Hussain, Madras, India I was born (now Chennai) said Sky Sports.

He added: “After that, they messed up the people who used the term for years, and they are still messing around when they have the power to say it. Was: “We’ve changed, we’re not going to accept that. That’s why they keep messing it up.”

Rafiq, who represented Yorkshire in two spells between 2008 and 2018, made 43 allegations and said his treatment at the club led him to suicidal thoughts.

Yorkshire’s revised report upheld seven of their claims but concluded that the club was not institutionally racist.