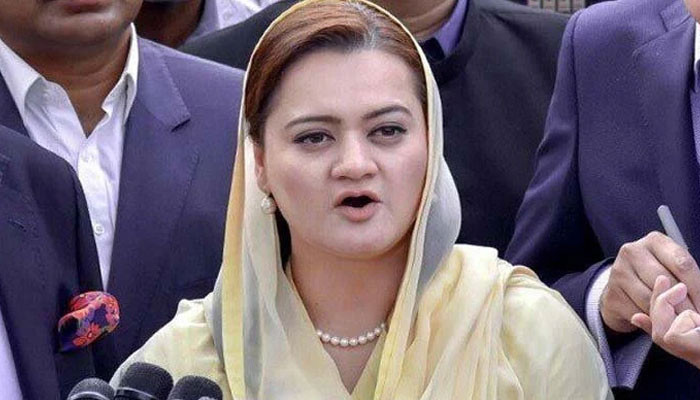 LAHORE: Party Information Secretary Maryam Aurangzeb on Thursday said that the PML-N would not boycott the November 8 meeting of the National Security Committee (NSC).

In a statement, the PML-N spokesperson said that his party had always attended NSC meetings in the past, adding that PML-N President Shahbaz Sharif should give his party’s stand in the meetings. Will

He confirmed that the joint opposition would attend the NSC meeting.

The Prime Minister had said that the price of petrol would go up and there would be a shortage of gas.

He further said that today the middle class is suffering from inflation.

National Assembly Speaker Asad Qaiser has convened a meeting of the Parliamentary Committee on National Security (PCNS) on November 8 in which senior military officials will brief lawmakers on current national security issues.

The National Assembly Secretariat has sent invitations to the parliamentary leaders of all parties in both the Houses of Parliament, including Foreign Minister Shah Mehmood Qureshi, Leader of the Opposition in the National Assembly Shahbaz Sharif, Chairman PPP Bilawal Bhutto Zardari and others.

Adviser to the Prime Minister on Parliamentary Affairs Dr. Babar Awan and SAPM for National Security Moeed Yousaf will be special guests.

In addition, all members of the National Assembly’s Standing Committee on Defense were invited to attend.

Earlier, the Parliamentary Committee on National Security met in July, in which DG ISI, Lt. Gen. Faiz Hameed discussed the situation in Kashmir and Afghanistan, the internal and external security situation and the changing nature of the challenges. Briefing Progress in the region.