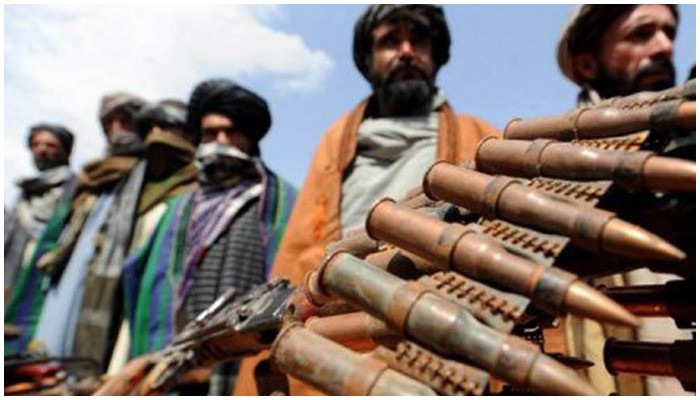 PESHAWAR: The banned Tehreek-e-Taliban Pakistan (TTP) has said that it would be “too early” to surrender at the request of the PTI-led government, sources inside the Afghan Taliban said on Friday.

Sources said Geo News That the Pakistani government has asked for recognition of the banned organization and that Afghan Taliban commander Sirajuddin Haqqani is playing a key role in the peace talks to make the talks a success.

However, the group has called on the government to release its members from prisons before a ceasefire is reached, saying it would be “too hasty” to surrender.

The government has not yet responded to the banned group’s demands, with Afghan Taliban sources saying the talks could be successful if strong guarantees are provided and the organisation’s terms are met.

According to sources, Mufti Noor Wali, head of the banned TTP, is leading the talks on behalf of the group.

He added that some factions of the banned TTP were in favor of talks with the Pakistani government, while others were still taking a hard line.

Pakistan is in talks with TTP factions for disarmament: PM Imran Khan

It may be recalled that last month, Prime Minister Imran Khan had admitted that his government was in talks with some factions of the banned TTP for disarmament as Pakistan was stabilizing the country against the backdrop of the rapidly changing situation in Afghanistan. Wants

Speaking to TRT World’s Ali Mustafa in Islamabad, PM Imran Khan said: “I think some groups of Pakistani Taliban actually want to talk to our government. You know, some for peace, some for reconciliation. “

When asked to confirm whether Pakistan was in fact negotiating with the TTP, the Prime Minister clarified that talks were underway with “some of them”.

He said the Afghan Taliban were “helping” in the sense that talks were taking place in Afghanistan.

The prime minister had said that if the disarmament talks were successful, the government would “forgive” them, and then [will] Become an ordinary citizen. “

The Prime Minister noted that he has always believed that a non-military solution is the only way forward for Afghanistan – and he has repeated this in national and international forums.

The prime minister’s announcement was met with strong opposition and outrage from the opposition.

Earlier last month, a statement from the banned group called for an end to hostilities between the TTP, Pakistani militants in South Waziristan and the military.

“Our leaders have called on all fighters to adhere to the ceasefire from today until October 20,” the TTP statement said.

The TTP said its leaders were engaged in some “secret talks” without elaborating.