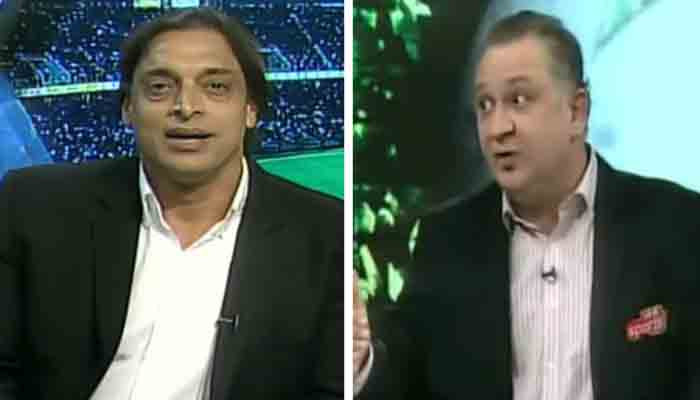 The apology came on Thursday during journalist Rauf Klasra’s YouTube show where the PTV broadcaster admitted he was wrong.

The incident, which aired on a state-run TV channel last month, had sparked outrage among cricket fans and Prime Minister Imran Khan had taken notice. The PTV host had asked the cricket star to leave the show in the presence of cricket legends like Sir Viv Richards and David Gower.

Talking about this issue, Dr. Noman Niaz said that the response to what he aired was justified and I apologized thousands of times for my behavior.

“Whatever the reason, I had no right to air it all, it was my fault. Shoaib Akhtar is a star and I like his cricket,” Niaz said.

Niaz said that after the program, his father said that he did not expect it. [behaviour] By him [Niaz] And that was a mistake.

Admitting his mistake, Niaz admitted that he should have handled the situation better as Akhtar was a star in the show and he [Niaz] Was the only host.

“It shouldn’t have happened. I’m willing to pay the price and I’m paying.”

Earlier, speaking on Geo News’ cricket celebration program, Akhtar said that he had pardoned Dr Niaz for the sake of the country and state institutions.

Akhtar had said that he was waiting for Niaz to apologize, but he did not do so and forced him to leave the show.