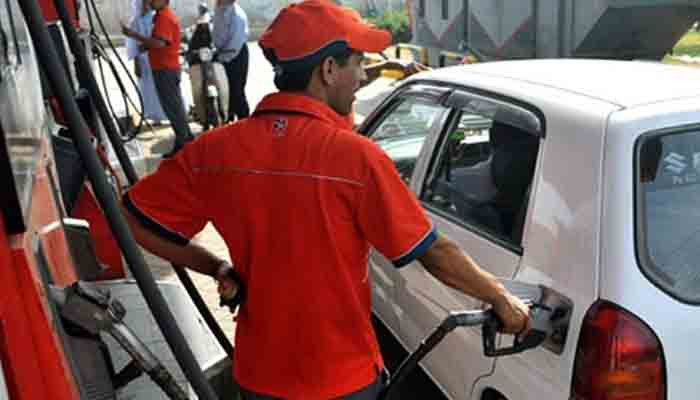 PTI allies on Friday sided with opposition parties in criticizing the government following a notification of sharp rise in prices of petroleum products.

The Finance Ministry today announced an increase in petrol price by Rs 8.03 per liter, a day after Prime Minister Imran Khan warned the nation that fuel prices are likely to rise.

Reacting to the development, the MQM’s liaison committee condemned the increase, saying it would have a direct impact on commodity prices.

The party’s liaison committee said that the people have already been burdened by inflation. “It is not wise to place the entire burden of rising global food prices on the people.”

The party advised the government to eliminate “unnecessary expenditure” instead of burdening the people with inflation.

“The prime minister should have some mercy on the people and reverse the decision to increase the prices of petroleum products,” it added.

Another ally of the ruling party, the PML-Q, also condemned the hike in petrol prices, saying the PM’s relief package was not appropriate for the people.

“The country is going through high inflation, the poor are being crushed and no one cares,” Kamil Ali Agha of the PML-Q said during Geo News’ morning show Geo Pakistan.

He said that PTI government does not believe in consultation.

In a statement, PML-N President Shahbaz Sharif said that since the present government came to power, it has brought the entire nation to the “ration card”.

He tweeted that Imran Khan lets the ax of inflation hit the people and then thinks why inflation is rising in the country. “Edible oil prices have risen more than 130 percent in the last three years,” he added.

The PML-N president said that it was unjustifiable to increase the price of edible oil from Rs 160 to Rs 369, adding that a ‘storm of inflation’ came after the announcement of a relief package for the people by the Prime Minister. ۔

He wrote that the increase in the prices of petroleum products is a proof that the government does not care about the poor.

He said that the price of petrol did not go beyond Rs 145 per liter, adding that the government had crossed the line of incompetence, corruption and incompetence.

He wrote that the increase in petrol and diesel prices by Rs 8 per liter would have a direct impact on the prices of other commodities as well. It has become difficult for the common man to live.

He said it was in the best interest of the entire nation and people that the Prime Minister “go home instead of wreaking havoc”, adding that inflation, unemployment and “economic catastrophe” were not just about allegations of corruption. ۔

The opposition People’s Party has also reacted to the rise in petroleum prices and demanded that the government reduce the prices immediately or else be ready for “Dam Dam Mast Qalandar”.

“People should be ready. The PPP will soon announce its anti-government protest program,” Shazia Murree said.

He said that the Prime Minister did more harm than good to the people. He said that Imran Khan has taken anti-people measures to fulfill the agenda of IMF.

The government should explain.

Meanwhile, Finance Ministry spokesman Muzammil Aslam tweeted about the increase in petroleum prices, saying the government was collecting only 1.43% under the sales tax head with the new prices.

He said that if the government collects full 17% in terms of sales tax, the price of petrol will exceed Rs. 160 per liter.

If an additional petroleum levy of Rs 30 is collected, the price of petrol will be Rs 180 per liter. The government has not received Rs 35 per liter. [to provide relief to the masses]”They said.