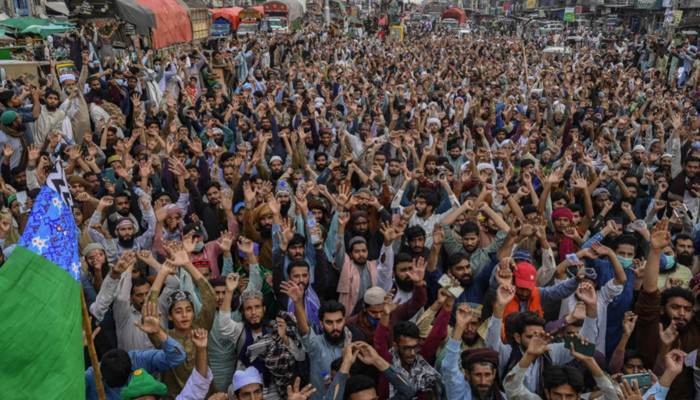 Following the government’s secret pact with the Tehreek-e-Lubaik Pakistan (TLP), the federal cabinet approved the banning of the political party, sources said on Saturday.

The cabinet approved the removal of the party’s banned status through a circulation summary sent by the interior ministry, sources said, adding that the TLP had assured the government that it would not organize violent protests in the future.

Two days ago, Punjab Chief Minister Usman Bazdar had given initial approval to the summary sent by the Punjab Home Department to revoke the banned status of the TLP.

After the initial approval of the summary, the Chief Minister had sent it to the Home Ministry so that the final decision on the matter could be taken through circulation.

Sources said that the Home Ministry had earlier sent a summary of the TLP’s change of status to the federal cabinet today.

As per the agreement reached with the TLP, the Punjab government has already removed the names of 48 out of 90 TLP workers from the Fourth Schedule.

The provincial government has also decided to release 100 other members of the banned organization from various jails in the province.

On November 2, the government began implementing an agreement with the TLP, which reportedly released more than 800 arrested party supporters across Punjab.

The government last Sunday signed an agreement with the banned organization to release members of the organization who have no formal criminal charges. A general amnesty will also be given to the party’s top leader Saad Rizvi.