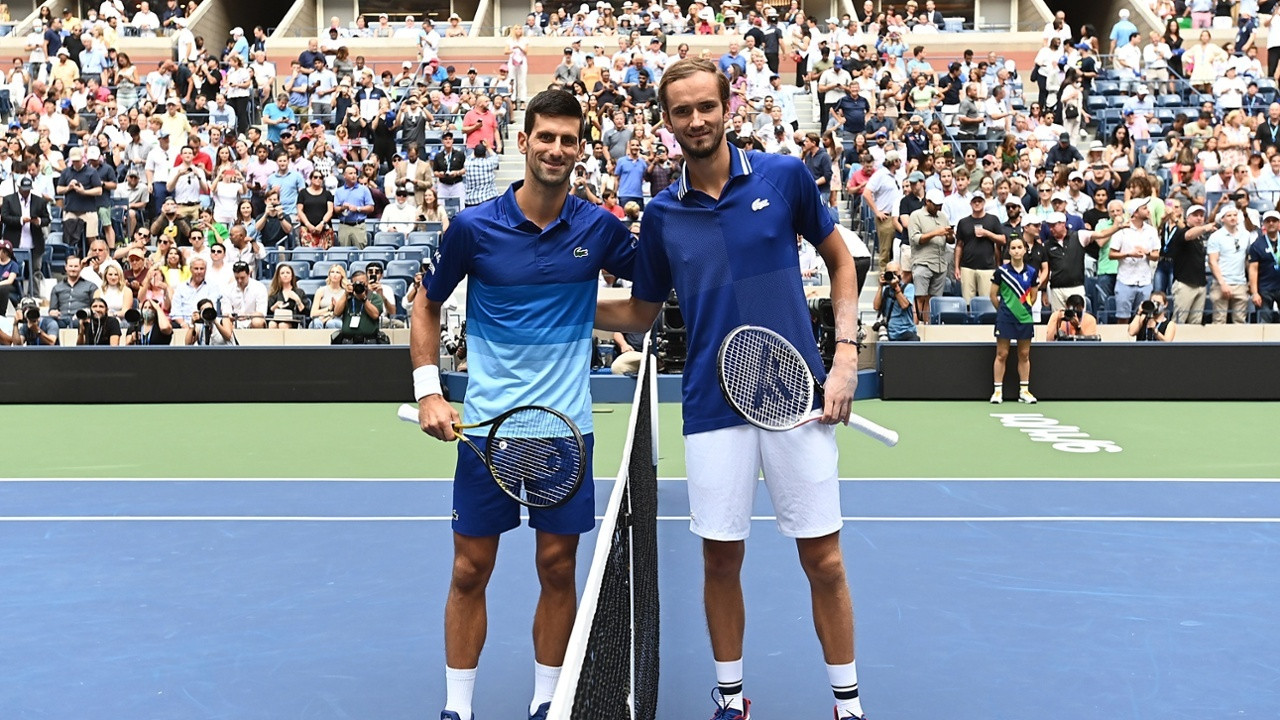 Novak Djokovic’s hopes of ending the season as world number one for a record seventh time are dashed when Daniel Medvedev defeated French qualifier Hugo Gaston 7-6 (9/7), 6-4 in Paris on Friday. Reached the Masters semi-finals. .

Djokovic had previously made it to the last four on Friday, beating American Taylor Fritz 6-4, 6-3, and was confirmed to be the world number one Gaston at the end of the season. Had defeated Medvedev.

Djokovic has already suffered a major setback at the hands of Medvedev this year, with the Russians beating him in the final of the US Open in September to shatter their dreams of a Grand Slam clean sweep.

It forced Djokovic to take a seven-week break, and he acknowledged that his decision to return this week was to ensure he retained the top position.

“Actually, that’s the biggest reason I came here, trying to get to No. 1 at the end of the year,” Djokovic said.

“Hopefully I’ll be able to do it this week. If not, I’ll get another chance at the Tour (ATP Finals November 14-21).”

At one point, it looked like Friday would be a good time for the 20-time Grand Slam champion as Gaston, once again playing well above his 103 rankings, was serving for the first set.

However, Medvedev broke and then won the tie-break before taking a 4-0 lead, and although the 21-year-old Frenchman had a break to return, the defending champions held their nerves for the match.

Medvedev emptied his pockets at the end of the match instead of raising his arms in celebration as he usually does, something he said “jokingly” with his team but he did it with the public. Not ready to share.

As for the world number one, he said it was more in the mind of the man he called his “friend” earlier this week.

“Honestly, I never thought about it,” he said. “I think the answer is more in Novak’s mind.

“There’s a big chance he’ll be able to make it. So I don’t think about it.”

Medvedev’s semi-final will be a repeat of last year’s final.

He is playing with Olympic champion Alexander Zverev, who defeated sixth seed Caspar Road of Norway 7-5, 6-4.

Zverev is in excellent form, with the German player looking to win in Vienna and win his sixth title of the year in Paris.

Paul, 24, would like to go to Paris better than his compatriot, 2012 finalist Jersey Janocz.

He also faces a major hurdle in reaching the final when he plays Djokovic, who was in great form against Fritz.

Harkaz may have more lockers than Fritz, as he did in the breakout season, reaching the Wimbledon semi-finals and winning the Miami Masters.

“Today’s match was very difficult, knowing that I have to win the match. It shows that the pressure on me also increased a little bit.”

Harkaz had at least one good run out before facing Djokovic’s memorable challenge against 55th-ranked Dick Worth in his first Masters quarter-final.

Harkaz needed three match points before winning the award, the seventh seed raised his arm and then happily punched in the air.

“You dreamed about it as a child, and you’re like, when you’re growing up you don’t know if it’s possible or not, if you’re good enough,” Hercules told the ATP Finals. Said about reaching. .

“Getting this thing now is a big deal for me.”