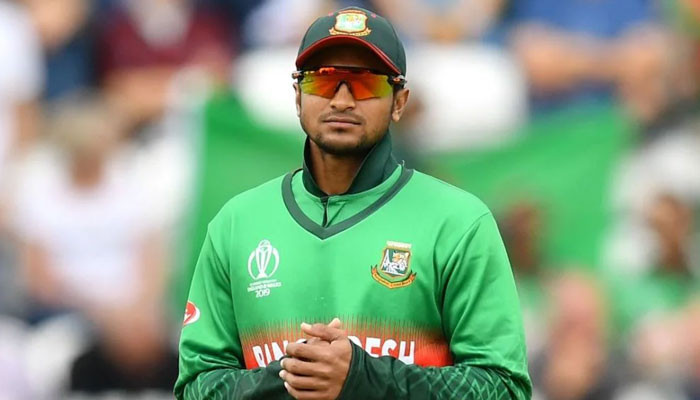 DHAKA: Bangladesh star all-rounder Shakib Al Hasan will not be available for the upcoming T20 home series against Pakistan due to a hamstring injury, the Bangladesh Cricket Board (BCB) said on Saturday.

The country’s cricket board said in a statement that Shakib Al Hasan needed three weeks to recover from a hamstring injury.

Earlier on October 31, Shakib Al Hasan was ruled out of the T20 World Cup due to a hamstring injury, the country’s cricket board said.

The BCB chief physician said that Shakib Al Hasan will be available for the Test series against Pakistan.

The BCB chief physician said it would take Shakib at least three weeks to recover and return to the field. They may be able to play Test series.

The Green Shirts will play a three-match T20 series against Bangladesh starting November 19. The second T20 match of the series will be played on November 20 and the last match on November 22.