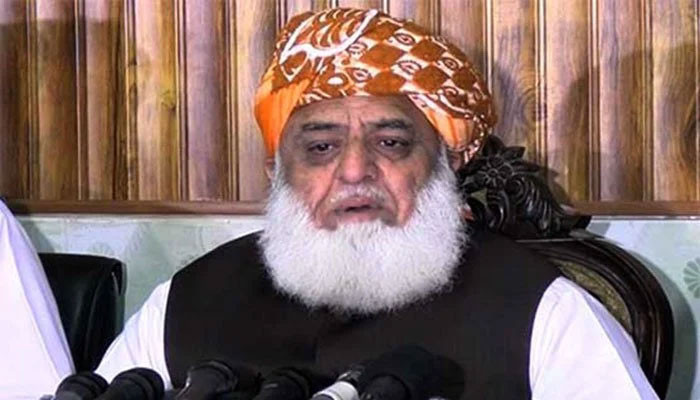 ISLAMABAD: Pakistan Democratic Movement (PDM) chief Maulana Fazlur Rehman today (Saturday) convened an emergency meeting of the coalition to work out a strategy for the next joint sitting of parliament.

The government has convened a joint sitting of parliament on November 10 to pass 18 bills. The bill deals with giving overseas Pakistanis the right to vote, e-voting and the use of electronic voting machines (EVMs).

Sharing the agenda of the meeting, Hafiz Hamdullah, leader of Jamiat Ulema-e-Islam Fazl (JUI-F), said the opposition alliance would discuss its strategy for a joint sitting of parliament at the meeting.

Other issues to be discussed by the PDM leadership include rising petrol prices, rising inflation and a coalition strategy for anti-government protests.

Shahbaz Sharif called the PPP chairman to discuss the inflation situation in the country and a joint strategy against the government.

Bilawal criticized the prime minister, saying he had offered a “red pop” of relief to the people before the petrol price hike. “With each passing day, the government is adding to the people’s woes,” he added.

He said that the price of sugar had gone up by 80% in three years. Imran Khan’s relief package was not for the people but for a few families.