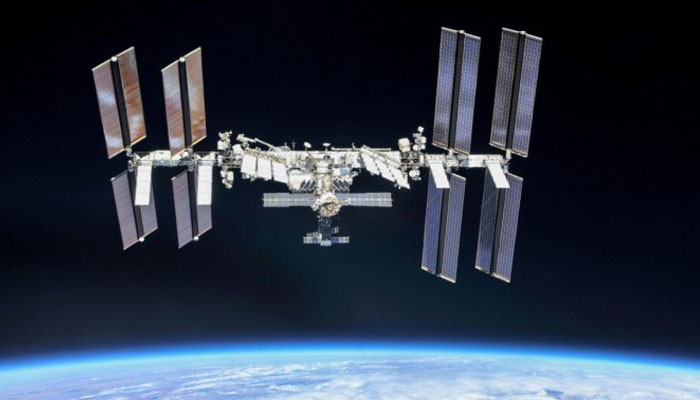 MOSCOW: Russia on Tuesday admitted to destroying one of its satellites during a missile test, but denied US allegations that it endangered the International Space Station.

U.S. officials on Monday accused Russia of carrying out a “dangerous and irresponsible” attack on a satellite that created a cloud of debris and forced ISS personnel to carry out insidious operations.

The move has rekindled concerns about the growing arms race in space, which includes everything from laser weapons to satellites capable of moving others out of orbit.

The Russian Defense Ministry said it had “successfully tested” the wreckage of the Russian spacecraft Tasselina-D, which had been in orbit since 1982.

“The fragments that form are not a threat to space activities,” he was quoted as saying by Russian news agencies.

U.S. officials said they had not been notified in advance of the anti-satellite missile test – only the fourth to hit a spacecraft from the ground – which had tracked orbiting debris in more than 1,500 pieces.

US Secretary of State Anthony Blankenship said Monday that the threat was not far off and that debris would continue to threaten satellites and activities on the ISS.

“This shows that Russia is now developing new weapons systems that will destroy satellites,” he said in a meeting with EU defense ministers.

The German Foreign Ministry said it was “deeply concerned” about the missile test and called for immediate action to “strengthen security and confidence”.

The Russian military says it is conducting planned activities to strengthen its defense capabilities, but denies the experiment was dangerous.

“The United States certainly knows that the resulting fragments, in terms of test time and orbital parameters, were not and will not be a threat to orbital stations, spacecraft and space activities,” he said.

Confirmation of US claims has come after Russian Foreign Minister Sergei Lavrov denied that Moscow had endangered ISIS.

“To declare that the Russian Federation is threatening the peaceful use of space is, at least, hypocrisy,” Lavrov told a news conference in Moscow. That there are “no facts” behind these claims.

The Russian Foreign Ministry later said in a statement that the experiment was carried out “in strict accordance with international law” and was “not against anyone”.

NASA said the crew on board the orbit – then four Americans, one German and two Russians – had woken up and had been forced to take refuge on return planes.

The satellite was a Soviet signals intelligence satellite that had been out of order for decades.

Earlier on Tuesday, Russia’s Roscosmos space agency said its “automatic warning system for dangerous situations” was continuing to monitor the situation to prevent all possible threats to the safety of the International Space Station and its crew. can go”.

“For us, the primary priority is to ensure the unconditional safety of the staff, and the rest,” Roscosmos said in a statement.

Rogozin said on Twitter, “In short … we are moving forward, ensuring the safety of our personnel on the ISS and making joint plans.”

Nelson said Monday that he was “outraged” by the “irresponsible and destabilizing action.”

“We have been and are against space militancy,” Interfax news agency quoted him as saying.

But Russian military analyst Paul Felgenhauer told AFP that “it has been known for a long time that we have anti-missile and anti-space weapons and we are deploying them.”

Anti-satellite weapons (ASATs) are high-tech missiles that only a few countries have.

India was the last to test a target in 2019, an event that was criticized by the United States and others after creating hundreds of pieces of “space junk”.

The United States shot down a satellite in 2008, prompting China to launch a similar knockout in 2007.

Last year, Britain and the United States accused Russia of testing a “nest doll” satellite that opened and dropped a small craft to chase an American satellite.

Despite the tensions, the United States and Russia have maintained strong space ties since the end of the Cold War, in close cooperation with the ISS, which they built together.