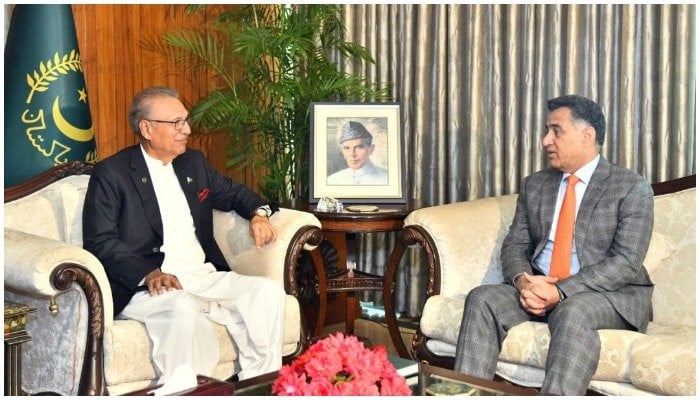 ISLAMABAD: Director General of Inter-Services Intelligence Lieutenant General Faiz Hameed on Wednesday called on President Dr Arif Ali at the Presidential Palace and bade him farewell before leaving his post.

Lt. Gen. Hameed will serve as DG ISI till November 19, after which Lt. Gen. Nadeem Anjum will assume charge on November 20.

The President appreciated the efforts and services of Lieutenant General Hameed as DG ISI for national security.

The Prime Minister has seen and approved Lt. Gen. Nadeem Ahmed Anjum, HI (M) as Director General of Inter-Services Intelligence, from a panel of officers on paragraph 6 of the summary, from 20 November 2021. Reads notifications from the Prime Minister’s Office (PMO).