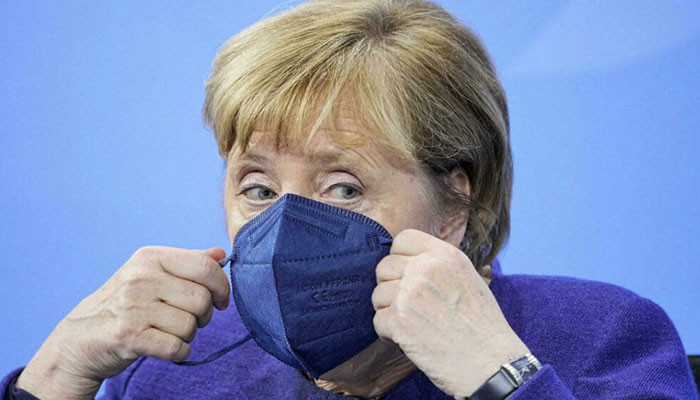 BERLIN: German leaders on Thursday agreed to tougher new bans on non-vaccines, with plans to exclude them from restaurants, sporting events and cultural shows as the country fights to stem the record rise in cod infection.

With new cases reaching a record high of 65,371, leaders of Germany’s 16 states agreed after talks with Chancellor Angela Merkel on the crisis to provide them with a negative test to use public transport or go to the office. Need

To protect the most vulnerable, they also agreed to introduce mandatory vaccinations for health care workers and employees in elderly homes.

Merkel called the situation “extremely dramatic” and said “we need to put a brake on the fast-growing issues and intensive care beds.”

Non-vaccinated people will be banned in some public places in areas with a hospitalization rate of more than three patients per 100,000 people during the last seven days.

Currently, all 16 German states have rates above three, except Hamburg, Lower Saxony, Schleswig-Holstein and Saarland.

The so-called “2G” rule – which only allows vaccinated and recovered – will apply to large events as well as recreational and sports facilities.

“With the current dynamics, we are going through a very difficult situation, especially for all those who work in hospitals and especially in intensive care,” Merkel said.

The outgoing chancellor called for more Germans to be vaccinated, saying “there are a lot of steps that need to be taken now if we do not have to vaccinate as many people as possible.”

Last month, Bayern Munich star Joshua Kimich sparked a nationwide debate over vaccinations after admitting he had chosen not to take the job.

Following strong pressure in the spring, the vaccination rate in Germany dropped to less than 70% during the summer.

Despite the rise in infection in recent weeks, politicians have been accused of being inactive rather than focusing on negotiations to form Germany’s next government after the September elections.

The political turmoil in the lower house of parliament was evident early Thursday when a heated row erupted when lawmakers were asked to provide Merkel and regional leaders with a legal framework for deploying new measures. Vote on the provider bill.

In talks to form Germany’s next government, the three political parties replaced the existing legislation, which expires on November 25, with a new draft law, which was passed in the Bundestag, where they have a majority.

But Merkel’s conservative CDU-CSU bloc says the new bill is weaker than current law, and threatens to defeat it in the upper house of parliament on Friday – a move by regional leaders on Thursday. May delay decisions.

RKI chief Luther Wheeler, one of the country’s top defense experts, has expressed frustration over the political stalemate.

“We don’t have to keep inventing anything. We have all the ideas and recipes we need,” he said.

“Even after 21 months, I can’t stand what I am saying and what my colleagues are saying is still not being accepted,” he added.

Weiler warned that the actual number of infections could be three times higher than official figures because many infections go undiagnosed or undiagnosed.

“We’re in a serious emergency right now. If we don’t change course now, we’ll have a really bad Christmas,” he said.