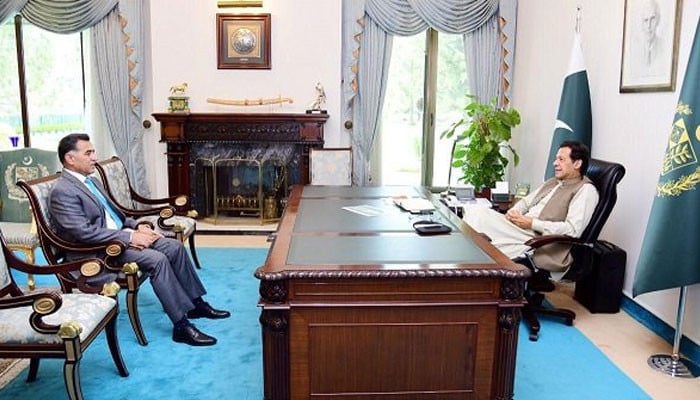 In the farewell meetings, both the Prime Minister and FM appreciated the efforts and services of Lieutenant General Faiz Hameed as DG ISI.

He wished him well in his new role as Corps Commander Peshawar.

A day earlier, the DG ISI had a farewell meeting with President Dr. Arif Alvi at the Presidency, where the President also appreciated the efforts and services of Lieutenant General Hameed as DG ISI for national security.

Lt. Gen. Hameed will serve as DG ISI till November 19, after which Lt. Gen. Nadeem Anjum will assume charge on November 20.

The Prime Minister has seen and approved Lt. Gen. Nadeem Ahmed Anjum, HI (M) as Director General of Inter-Services Intelligence, from a panel of officers on paragraph 6 of the summary, starting November 20, 2021. ” Read the notification from the Prime Minister’s Office (PMO).