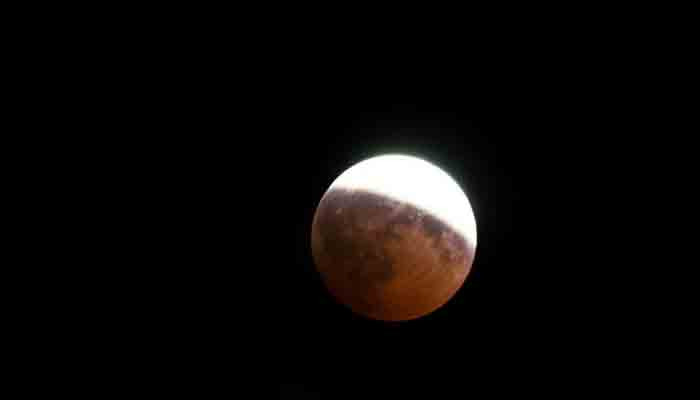 According to the Pakistan Meteorological Department (PMD), the partial lunar eclipse, which will not be visible in the country, will start at 11:02 a.m. and end at 5:04 p.m.