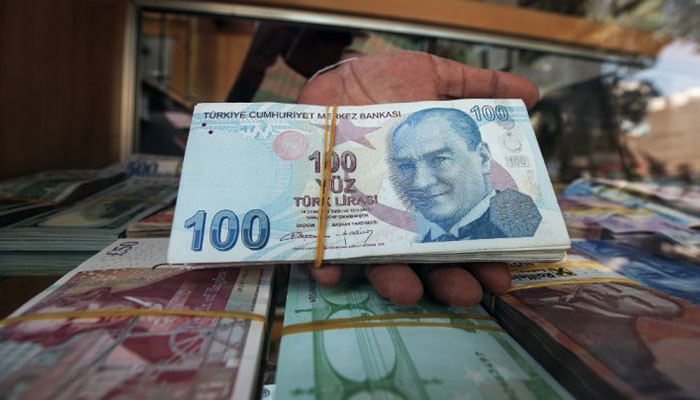 ISTANBUL: The Turkish lira hit a record low against the dollar on Thursday after the central bank cut interest rates for the third month in a row under pressure from President Recep Tayyip Erdoآنan.

The bank reduced its policy rate from 16% to 15%, despite rising inflation and a rapidly depreciating currency.

The troubled lira, the worst emerging market currency in 2021, sank to an all-time low of 11.30 against the dollar, but later narrowed losses.

“Really dangerous for Lira and Turkey,” he commented.

The announcement of the bank’s decision was delayed by five minutes, with bank officials allegedly telling Turkish media that it was due to a “technical glitch”, dismissing social media rumors that the decision had been leaked.

Erdogan, a staunch opponent of high interest rates to boost investment and economic growth, called for a rate cut on Wednesday.

He said that we will remove this problem of interest rate from the shoulders of the people.

Addressing members of his ruling AKP party in parliament, Erdogan justified his decision with a verse from the Qur’an that strictly forbids usury.

“I cannot stand with those who defend their interests,” he said.

Erdogan, who has fired several central bank governors in the past, is notorious for his unconventional belief that higher interest rates lead to inflation rather than help.

The traditional economic theory is just the opposite.

Erdogan once called interest rates “the mother and father of all evils.”

‘Erdogan is running a show’

Fawad Razzaqzada, a market analyst at Think Markets, said the market clearly does not take the central bank more seriously because it has lost its credibility.

He said that Erdogan was running the show.

The lira has lost 32.8% of its value against the dollar since the beginning of the year and the annual inflation rate has reached almost 20% – four times the government target.

The central bank has slashed its policy rate by 400 basis points to 15% since August.

This means that the real interest rate in Turkey is negative – a policy that devalues ​​the lira’s assets and gives people additional incentives to buy foreign currencies and gold.

On Wednesday, Kیکl دار دارdaro اوlu called Erdoانan the real “central bank governor” and accused him of dragging the country into disaster.

Jason Tovey, a senior emerging markets economist at Capital Economics based in London, said that with this decision, policymakers have opposed investors who have “clearly” demanded Erdogan’s lower interest rates on the central bank. Were urging to stand against.

“This decision is a reminder that monetary policy in Turkey is being decided at the presidential palace and that the CBRT (Central Bank) is now more tolerant of a weaker lira than in the past,” he noted.