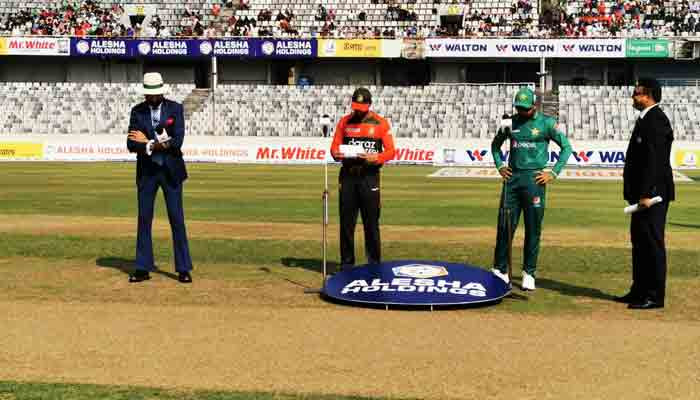 Dhaka: Bangladesh has decided to bat first after winning the toss against Pakistan as the teams are playing the first match of a three-match T20 series in Dhaka.

Shaheen Shah Afridi, who was part of the 12-member squad, is not playing today.

Earlier, captain Babar Azam had said that the team would try to continue the pace of T20 World Cup despite changing teams for the first match.

In a virtual media talk from Dhaka on the occasion of the opening match of the series, Babar said that playing tracks in Bangladesh have proved difficult in recent years.

“We will continue to fundamentally change our outfits to build a balanced team for next year’s World Cup in Australia. Friday’s match will be our first match for next year’s mega event. Are planning to use their resources accordingly. To grow a competitive organization. I will talk to the selectors on all these issues in the coming days in an effort to utilize all the resources.

Babar said the strength of the bench would be tested but not at the expense of those who have raised the tempo in the World Cup T20.

“Instead of disturbing the very impressive combination in the World Cup T20, we want to play to our strengths,” he said.

More than 12,500 cricket fans are expected to arrive at the stadium for the opening match of the series.

The visiting team is playing its first bilateral series in Bangladesh in more than five years.

Shoaib Malik is also the second highest run scorer for Pakistan against Bangladesh in this format. He scored 208 runs at an average of 34.66, including a half-century.

Pakistan’s opening pair Babar Azam and Mohammad Rizwan are holding all the records. Babar Azam scored the fastest 2500 T20 runs in just 62 innings. He broke the world record of Virat Kohli who crossed this milestone in 68 T20I innings.

On the other hand, Mohammad Rizwan is the player who has scored the most T20I runs in a calendar year. He has scored 1033 runs in 23 matches with an average of 86.08 and a strike rate of 136.45. That includes a century and 10 half-centuries.