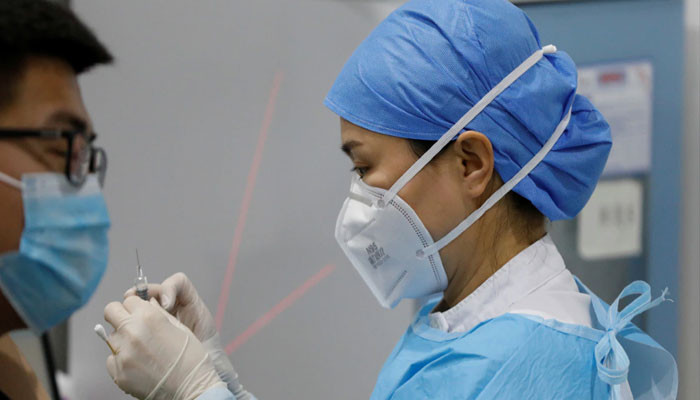 – One and a half million daily –

The number of new coronavirus cases rose sharply this week, rising 9 percent globally to 517,600, according to AFP data on Thursday.

The European Union’s Drug Watchdog supports Merck’s anticoagulant pill for emergency use before its official authorization, and has begun reviewing Pfizer’s antiviral treatment as cases spread across Europe.

Prime Minister Naftali Bennett says Israel will start vaccinating children between the ages of five and 11 from Tuesday.

France announces plans for booster shots for more than 40s

The Netherlands has banned fireworks for the second year in a row during the new year, as hospital workers are battling a record rise in infections.

– Kimch back in Quarantine –

Unvaccinated Bayern Munich midfielder Joshua Kimmich returned to home quarantine after contacting someone who tested positive for Kvid 19, knocking him out of at least two games.

Austria will go into lockdown from Monday and will make vaccination mandatory, becoming the first EU country to take drastic measures like the Case Spiral.

Neighboring German state Bavaria has canceled all of its popular Christmas markets because of an increase in cases affecting Europe.

– Germany calls for closure of bars –

The head of Germany’s disease control agency called for the closure of all bars, the cancellation of major programs and the restriction of private contacts to reduce the spread of the virus.

– Japan adds half a trillion –

– Bulgaria ‘a threat to the European Union’ –

EU Internal Market Commissioner Thierry Breton has warned that the extremely low vaccination rate in Bulgaria is “a major threat” to the entire bloc, with only a quarter of its population fully covered.

– The Philippines will open its doors

The Philippines will soon welcome the return of foreign tourists as it prepares to partially reopen for vaccinated travelers 20 months after closing its borders to control the virus.

A senior scientist claims that the first known case of the virus was a woman working in a market in Wuhan and a few days after the original thought. Research in the journal Science reveals the scale of the outbreak towards animal origin.

Czech officials say only those who have been vaccinated and have been infected with the virus for the past six months will be allowed to visit bars, hotels, restaurants and other services.

The Corona virus has killed at least 5,130,627 people since it spread to China in December 2019, according to official data compiled by AFP at 1100 GMT on Friday.

The United States with 1,279, followed by Russia with 1,254 and Ukraine with 725 were among the countries with the highest number of new deaths.

The World Health Organization (WHO) estimates that the overall death toll could be two to three times higher, given the additional deaths associated with CoVID-19.