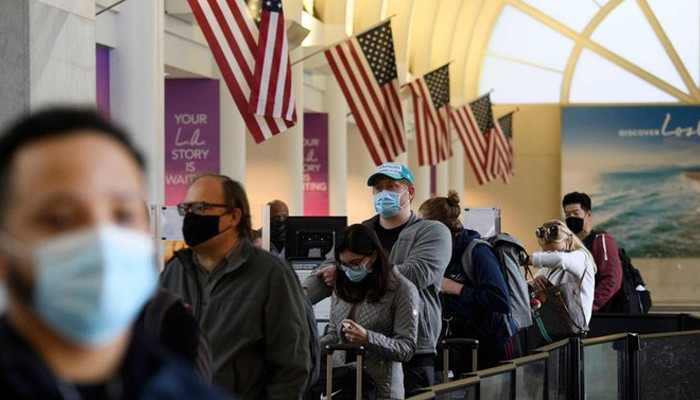 WASHINGTON: The United States on Friday approved the development of the Pfizer and Moderna code vaccines for all people aged 18 and over, as the world’s most affected country enters a new winter wave of epidemics. Is.

Booster was previously available to people over the age of 65, at high risk of serious illness and in high-risk occupations.

Acting FDA Commissioner Janet Woodcock said in a statement that the new ruling “provides continued protection against COVID-19, including the serious consequences that could result, such as hospitalization and death.”

Stephen Bensell, CEO of Moderna, added: “This emergency use permit comes at a critical time as we enter the winter months and the growing number of COVID-19 cases and hospitalizations across the country. Let’s face it. “

The FDA said it based its decision on strong immune response data from hundreds of people who had been dosed with two vaccines.

Pfizer also conducted a clinical trial of 10,000 people over the age of 16 who found that the booster was more effective against 95% of symptomatic infections than those who did not receive the booster.

The FDA did not cite the study in its decision, but may indicate that the Pfizer vaccine works best as a three-dose shot – or that the three between the first and second doses. The week interval was never so long as the best immune response.

Both vaccines are available to the public six months after completing their basic series.

Those who received a dose of the Johnson & Johnson vaccine were already eligible for a booster two months after their first shot.

The booster decision comes at a time when cases are on the rise nationally, reaching an average of 88,000 new infections a day as the country enters its fifth wave, according to the latest figures.

The Centers for Disease Control and Prevention will hold a meeting late Friday to discuss clinical recommendations on who should get the vaccine now.

The meeting should provide more insight into the thinking of top federal advisers, some of whom have expressed skepticism about the “booster bonanza”.

Critics say the majority of hospital admissions or deaths with COVID are unvaccinated, and that the best way to control the winter wave would be to reach them, rather than be vaccinated. ۔

One potential downside, he says, is that the vaccine could lead to the conclusion that the shots are ineffective.

Another risk factor is a large number of cases of myocarditis associated with the vaccine, especially in young men.

Both companies are conducting post-permit studies to assess the risks of myocarditis.

Experts agree that developers alone cannot cure the epidemic while the poorest countries, especially in Africa, are trapped in single digit percentages of people under their basic vaccination series. ۔

This increases the risk of new types of concern emerging in these regions, which could ultimately avoid the immunization of existing vaccines.