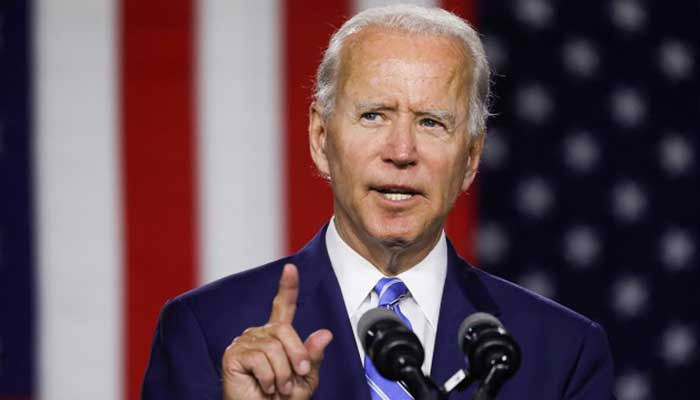 WASHINGTON: A White House doctor on Friday declared US President Joe Biden “fit and healthy” to carry out his duties as president after a routine checkup.

“The president is a healthy, strong, 78-year-old man who is well suited to carry out the duties of the presidency successfully, including those as chief executive, head of state and commander-in-chief.” Written by Kevin O’Connor, White House Physician.

The detailed report states that Biden had “noticeably tighter and less fluid” movements during his walk than he did a year ago, and an increasing frequency and severity of “throat clearing” and coughing during public speaking engagements. had to face it.

However, the two symptoms were not immediately considered a cause for concern and did not appear to be the result of serious circumstances, O’Connor’s letter said.

On a fleet of tests, Biden came out with high scores.

She has “no symptoms of heart disease”, “no dental problems”, “no suspicion of skin cancer”, and her eye health is “satisfactory.”

One reason for this solid report may be the doctor’s finding that “the president does not use any tobacco products, does not drink alcohol, and he exercises at least five days a week.”

Biden, who will turn 79 on Saturday and is the oldest president in US history, wears contact lenses while taking three prescription drugs and two over-the-counter medications.

A smiling Biden returned to the White House after his first check-up at Walter Reed Hospital, saying “I’m feeling great.”

Although the president’s annual visit to Walter Reed Hospital was routine, Biden’s need for a transfer of power during a colonoscopy examination made history.

For one hour and 25 minutes, Harris was the first woman to hold the presidency in the United States. She is already the first female vice president.

The White House press office said the official letters to Congress announcing the temporary transfer of power were sent at 10:10 a.m. (1510 GMT). The president resumed his duties at 11:35 a.m., the White House said in a statement (1635 GMT).

“Today was another chapter in history for many women, young girls across the country,” said Press Secretary Jane Sackie, noting Harris’ brilliant role.

Before being elected as Biden’s running mate, Harris made a failed bid for the Democratic nomination in 2020. Saki said she would continue to work from her office in the West Wing, taking over the reins of the interim presidency.

Sackie noted that a similar temporary transfer of power had taken place “following a constitutional process” when President George W. Bush went through the same process in 2002 and 2007.

Details of Biden’s health were being closely watched, given speculation as to whether he would stick to his stated goal of a second term in 2024.

The positive medical diagnosis reflected an earlier letter from Biden’s physician during his election campaign in December 2019, when he was described as “a healthy, strong, 77-year-old man who has successfully completed his duties.” That’s the decent thing to do, and it should end there. “

He was initially vaccinated against CoVID-19, and received a booster shot in September.

The health check comes at a crucial moment in his presidency, when the House of Representatives voted to send Biden’s huge “Bild Back Better” social spending agenda to the Senate for approval. Earlier this week, Biden signed another package to fund the restoration of the largest national infrastructure in more than half a century.

The twin victories come weeks after falling approval ratings for Biden and a blow to his Democratic Party ahead of next year’s midterm elections, when Republicans are widely expected to take control of at least the lower house. Being predicted