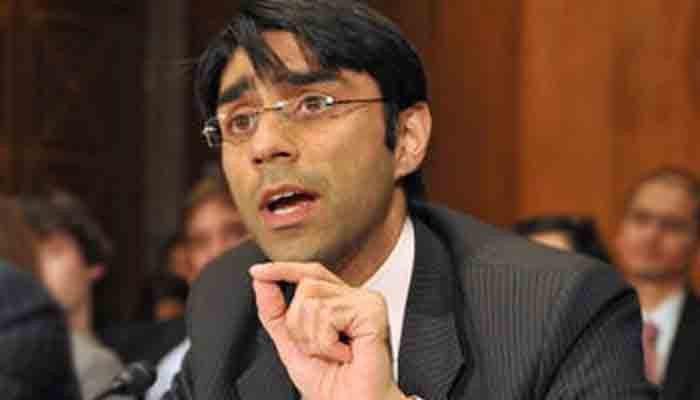 ISLAMABAD: A day after Information Minister Fawad Chaudhry’s statement that neither the state nor the government is ready to deal with groups like Tehreek-e-Lubaik Pakistan (TLP), National Security Adviser Moeed Yousuf said his cabinet colleagues Disagree with

Moeed Yousuf was talking to anchor Saleem Safi during Geo News program jirga where he was asked to comment on the statement of Information Minister.

“I do not agree at all that the state does not have the capacity to deal. [with TLP]Yousuf said in response to Chaudhry’s first remarks.

“I also said openly that the red line has to be drawn because the policemen are martyred. [during clashes with TLP] It was also the responsibility of the state. ”

Yousuf said the National Security Committee (NSC) meeting was convened by all concerned stakeholders to discuss the TLP issue. He said that after the meeting, the government issued a statement emphasizing that “a red line has been drawn” but added that it would take up the matter through dialogue. Will prefer to solve.

He said that after that the matter was taken forward through talks.

Citing the infamous Lal Masjid incident, he said that at that time the media had demanded the state to use force as its writ was being challenged in the heart of the capital.

“And when the state used force, you all [the media] They are against the government, “he added.

The PTI government last month struck a secret deal with the TLP that allowed the group to operate as a political party and its leader was released.

Information Minister Fawad Chaudhry spoke in detail about the state of extremism in Pakistan and how the state should deal with it.

During a public function on Thursday, the minister had said that the main reason for the spread of extremism in Pakistan was schools and colleges instead of madrassas.

Addressing the inaugural function of the “Charter of Peace” organized by the Pakistan Institute of Peace Studies, the Information Minister said, “In the 90’s, teachers were deployed to propagate extremism.”

Chaudhry said the state and government were “not fully prepared” to tackle extremism, adding that he had to “take a step back” to tackle the TLP.

The information minister also said that there was no threat to the country from the United States or Europe. He said Pakistan was facing “the biggest threat from within”.

Chaudhry lamented that the threat of extremism could isolate and destroy a country, and unfortunately, Pakistan was “pushed towards it” for political and foreign policy reasons.

Elaborating on other issues, he said, “We have destroyed our policing and administration system” and found no alternative.

“If you can’t save people’s lives, how can you create a soft image? A state that can’t establish its writ for long cannot survive long.”

The Information Minister had noted that when the state writ expires, extremist elements begin to assert their dominance. He added that the rule of law is very important for bringing positive change in the society.