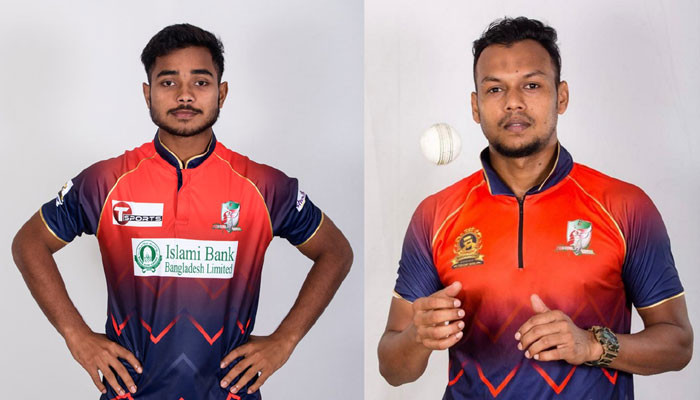 Dhaka: After losing for the second time in a row to Pakistan and losing the T20 series, hosts Bangladesh included two uncapped players, fast bowler Qamarul Islam Rabi and batsman Pervez Hussain Aymon in the third and final match of the Alisha Holdings T20 International Series. Decided to

The last T20 match of the series will be played on November 22 at Sher-e-Bangla Cricket Stadium. Bangladesh is trailing 2-0 in the series.

With the brilliant performances of Pakistani bowlers Hassan Ali, Mohammad Wasim Jr. and Shadab Khan, who did not give any concessions to the Bangladeshi batsmen, especially in the first two overs, Man in Green won the first two matches.

Pakistan kept Bangladesh under 127 as they hit just three fours and seven sixes in both the matches. The hosts also had to pay a fine from the International Cricket Council (ICC) for the slow run rate.

However, the quick attack of the hosts gave some joy to the home crowd as they squeezed Pakistan to 24 for 4 in the power play.

In the face of a roaring domestic crowd, Bangladesh did not allow Pakistan to walk over as Mustafizur Rehman cast Rizwan and did an amazing job initially. Babar Azam, Haider Ali and Shoaib Malik also drowned in the magic of Bangladeshi peace. Fakhr Zaman and Khushdal Shah scored 34 runs and took the responsibility of doing the necessary work. Shadab and Nawaz later completed the task.

After a disappointing performance in the ICC T20 World Cup, Bangladesh continued to play along the same lines. His first boundary came in the sixth over when he reached 40/4 in the first ten overs. The Bangladesh middle order gave some relief to the home crowd as they scored 87 runs in the last ten.

Nawaz, Shadab, Wasim, Hassan and Haris Rauf got some relief in every last over of Bangladesh batsmen who scored 15, 13, 12, 11 and 15 runs respectively. In these last overs of five Pakistani bowlers, the host team was given a total of 66 runs while these bowlers had 61 runs in the first three overs.