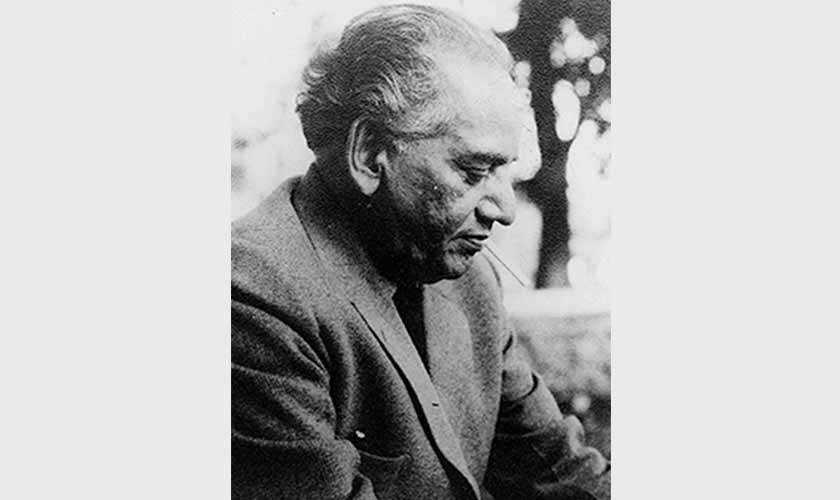 D.Due to the epidemic, celebrations in the name of Faiz Ahmed Faiz have been suppressed for the last one and a half years. Immediately after his death in November 1984, it was decided that the emphasis would be on his birthday rather than his death. Since then Faiz Seminar, Fair And the discussion sessions took place in February, the second month of the year.

But the fact is that the death of Faiz Ahmed Faiz was a very important milestone in the artistic and political history of the country as he represented far more than the poet and intellectual. He seemed to be carrying all sorts of burdens, as many people understood, who wanted a more just and balanced society in Pakistan, rather than the superiority of religion, race, sect, class or language.

Faiz was lucky in that his lyrics were sung by famous singers of the subcontinent. It was a continuation of the 19th century tradition of using word or poetry as the text of a song composed of music. It was a time of decline in the classical tradition of music. دھروپد As recreding Khyal In both cases, the Chinese classical tradition considered the words secondary and emphasized the variety and growth of the tunnel, which was best represented in the context of the tunnel pattern. Melody.

Of غزل It was sung in the girls’ salon, especially in the heart of the Ganges. It was a light form of music that was later converted to a semi-classical genre. Ghazals can be Urdu or Persian because the well-known poets wrote in Persian and not in the dialects which seem too crude and basic to express high emotions in poetry. The irony is this. Closures, I Khyal Especially in the many bids. They can be inside. خری, Tower, Bhasha, Eastern, South Or HaryanviDifferent dialects that joined the formation of Urdu language.

After the decline of the classical tradition in poetry, let us take a look at the leading poet Iqbal, who ended up with Ghalib and Momin. And seemed out of place. This poetry was not sung to the extent that we call it the poetry of the stain, which is the most popular among the poets, which is written in the classical tradition of ancient times. غزل By the end of the 19th century. Dag gradually became the favorite poet of the singing and dancing girls. From the way the text was compiled, only a limited superficial meaning was derived.

Iqbal was not sung so much and it was only with the advent of Pakistan that some of his poems were put into music. It was said sarcastically. قوال Which first attracted him to music and then made him popular by singing. However, it was composed by Ravi Shankar. The inn where you say good India is ours As a kind of anthem of united India before the formation of Pakistan.

In the same vein, it is important to note that serious poets, or many poets, made a clear distinction between those who were committed and those who were willing to compromise by overcoming lyricism. In this way he carried forward the reason for the singing of his word. This ambivalent crossing over was looked down upon by many in the high tradition of poetry and its populism was denounced and condemned. It was to be presented by the people who put poetry down Closure And because of that sur. It was contemptuously said that a good poet does not need the crutches of a singer or music for praise. Takband Need a singer, music composition or. Closure To make it easier.

However, now that the value of a composition’s music is judged by its content, the distinction between good poetry or the independent form of poetry and its song version is blurred. The same distinction is made because poets who write film songs are seldom seen or considered serious poets, only peddlers discuss the two major streams of human expression.

Therefore, it has been a struggle between two opponents that may seem alike. Word and sur Do not easily fall into each other’s arms but often fight each other in a militant manner and to think that they do is tantamount to cheating through superficial resemblance. Faiz was fortunate that it was sung by some of the leading singers of the time and he managed to bring a sense of music to the melodies. He was otherwise a great singer and had credentials before singing Faiz and the result was that he could use his ghazals as material. Closures.

Three big numbers have been sung. I am told not to ask for the first love my beloved By Noor Jahan, probably arranged by Rashid Attar. The throat is full of color, the wind blows again By Mehdi Hassan, probably composed by Mehdi Hassan himself. And I came to the lonely desert where my life is trembling. Written by Iqbal Bano, arranged by Mehdi Zaheer.

This is not to say that the other numbers sung by many other leading singers were not good or even excellent – some of the songs sung by these three singers have been really excellent but all three have done well in terms of composition and presentation. What is ground breaking? The timing of these numbers may be important, although it is usually not the most important factor.

The author is a Lahore-based cultural critic.