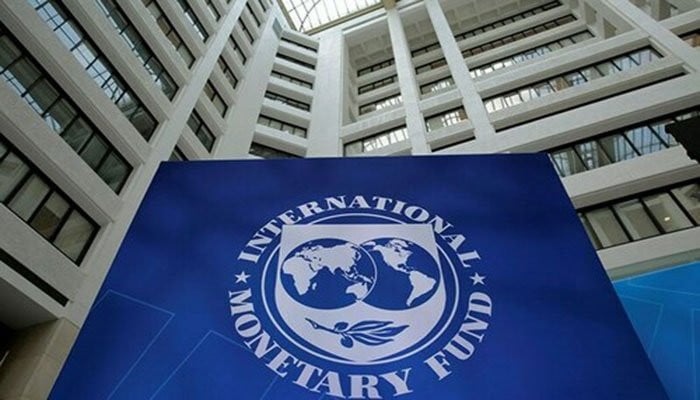 The International Monetary Fund (IMF) has agreed to resume its چھ 6 billion expansion fund facilitation program for Pakistan after the two sides reached a staff-level agreement.

In a statement issued by the International Monetary Fund on Monday, it said: “The agreement is subject to the approval of the Executive Board, which will implement post-implementation measures, particularly those related to financial and institutional reforms. Is.”

“Completion of the review will result in the availability of SDR 750 million (approximately US ً 1,059 million), bringing the total payments under the EFF to approximately US ً 3,027 million and eliminating significant funding from bilateral and multilateral partners.” Locking will help. “

The IMF acknowledged that “despite the difficult environment”, Pakistan continues to make progress in implementing the Extended Fund Facility Program.

“By the end of June, all quantitative performance standards (PCs) were met by a wide margin, except for the basic budget deficit,” the IMF said.

It noted the parliamentary adoption of amendments to the National Electric Power Regulatory Authority (NEPRA) Act to finalize the update of the National Socio-Economic Registry (NSER) as “significant achievements” by the Pakistani authorities. Has gone

The IMF also acknowledged Pakistan’s efforts to improve the fight against money laundering and the financing of terrorism.

The IMF praised Pakistan’s response to the corona virus epidemic, adding that it has helped control the effects of the corona virus epidemic. He also talked about the Federal Board of Revenue (FBR). The collection of tax revenue of the Federal Board of Revenue (FBR) has been strong. At the same time, external pressures are beginning to emerge: the current account deficit widening and the depreciation pressure on the exchange rate – mainly reflecting the mixed effects of strong economic activity, expanded macroeconomic policy mix, and high international commodity prices. Is. In response, authorities have begun adjusting policies, including gradually eliminating COVID-related stimulus measures. The State Bank of Pakistan (SBP) has also taken the right steps by shifting its position on appropriate monetary policy, strengthening some macro-prudential measures to curb the growth of consumer debt, and providing further guidance. ۔ In addition, the government intends to introduce a package of fiscal measures that will target a modest reduction in the basic deficit over the previous fiscal year: Measures of quality tariffs (including adoption of reforms in the GST system;

These policies will help maintain a positive near-term outlook, with growth expected to reach 4% in FY2022 and 4.5% in subsequent fiscal years or more. However, inflation remains high, although as the rupee depreciates, it may begin to show a declining trend, and temporary supply constraints and pressure on demand may end. However, despite some export growth, the current account is expected to widen this fiscal year, reflecting rising import demand and international commodity prices. However, this economic outlook is facing high domestic and external threats, while structural economic challenges remain.

In this regard, and in the near future, the talks also focused on policies to help Pakistan achieve sustainable and flexible development for the benefit of all Pakistanis. On the monetary policy front, persistence in achieving small core surpluses is key to reducing more public debt and fiscal deficits. Continued efforts to expand the tax base by removing the remaining preferential tax treatments and exemptions will help create much-needed resources to increase significant social and development spending.

Monetary policy needs to focus on curbing inflation, maintaining exchange rate flexibility and strengthening international reserves. As economic stability strengthens and the passage of amendments to the SBP Act strengthens the independence of the SBP, the central bank should gradually move ahead with the preparation work to formally adopt the inflation target (IT) system in the medium term. Go, which will be based on a forward. Operational framework focused on search and interest rates. Although some key elements of IT already exist, including the goal of medium-term inflation and the prevention of monetary financing, additional efforts to modernize SBP’s operational framework as well as to strengthen monetary transmission and communications Need

To advance the strategy for reform in the power sector, which has been agreed with international partners, to bring this sector towards financial process and to deal with its negative impact on the budget, financial sector and real economy. Is important for In this regard, continuous implementation of the Circular Debt Management Plan (CDMP) will help plan targeted improvements, cost reduction, timely alignment of tariffs with cost recovery levels, and better targeting of subsidies to the most vulnerable. Will do However, a significant reduction in supply costs will require a modern electricity policy that: (i) ensure that PPAs do not impose a heavy burden on end users. (ii) Deals with a mix of poor and expensive breeds, including extensive use of renewables. And (iii) introduces more competition in the medium term.

Strengthening the medium-term outlook depends on ambitious efforts, including opening up sustainable and flexible growth, creating jobs, and improving social outcomes, removing structural barriers, and facilitating structural transformation of the economy. To this end, more attention needs to be paid to measures to strengthen economic productivity, investment, and private sector development, as well as to address the challenges posed by climate change:

Improving the governance, transparency and efficiency of the public sector (SOE) sector. To move Pakistan’s public finances on a sustainable path – to level the playing field for firms throughout the economy and to improve service delivery – needs to be adhered to with the current reform agenda, in particular: (i ) Formulation of a modern legal framework; (ii) Improved sectoral oversight by the state, regular audits, especially with the help of the largest SOEs; And (iii) reduction of state footprint in the economy based on recently completed comprehensive stock taking.

Business environment, governance, and tackling corruption. Simplifying the process of starting a business, approving FDI, preparing business documents, and paying taxes will benefit the business environment. And the empowerment of people and the production of more complex goods than more investment in education and human capital. It is also important to ensure a level playing field and rule of law, primarily by enhancing the effectiveness of existing anti-corruption agencies and by holding high-level government officials accountable and completing state-of-the-art action plans on AML / CFT.

Increase competition and exports. To this end, key objectives include: (i) implementing an approved national tariff policy, based on timely strategic protection; (ii) Negotiating new free trade agreements; And (iii) facilitating integration into global supply chains by improving the reliability and product quality of firms, and by registering firms with all necessary entities for tax and business purposes.

Promoting financial depth and inclusion. In order to better save on productive investment, improve resource allocation and diversify risks, key policies remain: (i) promote macroeconomic stability; (ii) Strengthening the institutional and regulatory framework. (iii) Creating conditions that allow for greater role of private credit. And (iv) increase the financial coverage of the population and vulnerable segments of SMEs.

Taking a step towards climate change. Worldwide, Pakistan is among the top 10 countries with the most damage from climate-related disasters and the top 20 countries with the highest greenhouse gas (GHG) emissions. The next important steps in climate policy are: (i) expediting the finalization of the Authority’s National Adaptation Plan (NAP); And (ii) implementing an appropriate set of measures to meet the goals of the COP26 National Defined Contribution (NDC) and to obtain substantial funding, including from international partners.

The IMF team is grateful to the Pakistani authorities for the open and constructive dialogue.