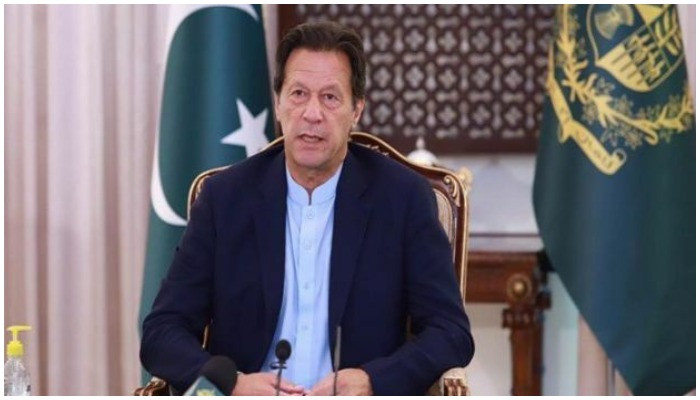 Prime Minister Imran Khan on Monday said that “they are a mafia that is pressuring the judges to rule in their favor”, citing serious allegations against the former Chief Justice of Pakistan in recent incidents.

An audio clip was later leaked – which allegedly showed Nisar – in which a man could be heard saying, “Nawaz Sharif and his daughter Maryam Nawaz have a place for Imran Khan in politics. Will be punished for making. “

In the audio clip, the man is allegedly heard saying, “Although there is no case against Maryam Nawaz, she will still be punished.”

Sources said on Monday that today, Prime Minister Imran Khan directed the PTI spokespersons to highlight the PML-N’s past and tell the people how the party “attacked” the judges.

The directive was given during a meeting of party spokespersons in Islamabad.

The government respects the institutions and will stand by them, the prime minister said, adding that the judges had been attacked by the “mafia” in the past.

He said he would not be allowed to use such tactics.

Sources said that expressing his commitment to hold the next general elections through electronic voting machines (EVMs), the Prime Minister directed the party spokespersons to take the nation into confidence on the issue.

“We will hold the next election through voting machines. […] Obstacles to voting for Pakistanis abroad should be removed, the Prime Minister said.

He said that the government would fulfill its promise made to overseas Pakistanis.

The government passed 33 bills in a joint sitting of parliament last week, with the opposition rejecting the legislation, saying the treasury benches had bulldozed the bills.

Among the bills passed, the most important were amendments to the Elections Act 2017, which allowed the use of electronic voting machines (EVMs) and gave Pakistanis living abroad the right to vote in general elections.

On inflation, he said that the nation should be taken into confidence on this issue as inflation is a global issue.